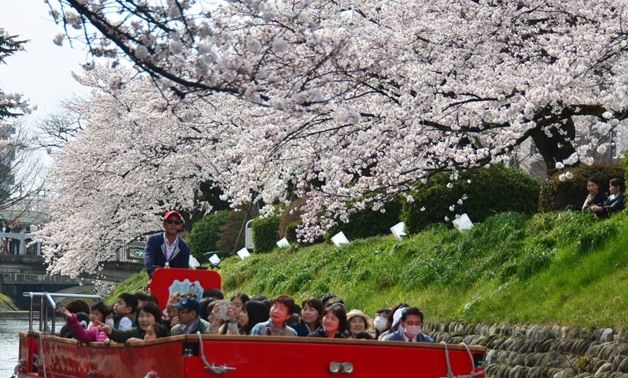 NEW YORK 9 July 2017:Chef Yuji Haraguchi serves and stands by "Mottainai" - the Japanese concept of avoiding waste - and makes it known at his restaurant in New York by throwing away as little as possible.

Haraguchi, who emigrated from Japan to the United States in 2007, purchases his fish locally and uses the meat at his walk-in only restaurant, Okonomi, for breakfast and lunch.

"After working in the fish industry for so many years, I just realized that there are so many parts of fish that are not being utilized, which is the heads and the bones, mostly," said Haraguchi, who opened the 12-seat restaurant in New York City's borough of Brooklyn in May 2014.

At Okonomi, chefs simmer the head and bones of the fish for ramen stock, which they serve at dinner when the eatery transforms into Yuji Ramen with an a la carte menu of seafood-rich ramen.

After serving 69 breakfast meals and 59 bowls of ramen to roughly 130 people on a recent day, a staffer tossed out a single garbage bag when he closed the restaurant, according to Haraguchi.

Less than one-tenth of the food at Okonomi/Yuji Ramen is thrown away, according to Haraguchi.

The U.S. Environmental Protection Agency says more food fills incinerators and landfills than any other material. Food makes up a fifth of the waste stream in the United States.

"Whatever comes in, we try to serve it," Haraguchi said, adding that he avoids stockpiling food and mixes up the menu regularly to keep customers satisfied.

"The food is obviously amazing, fresh, and impeccable," said Brigitte Hamadey, a regular at the restaurant.

"But also the philosophy that they use all the food... during the brunch they prepare excellent fish and then they use the same fish bones to make the ramen for the evening meals."

Brooklyn resident Dmitry Toubolets said he appreciates the restaurant's ability to be sustainable and of the utmost quality.

"It doesn't make the taste weird in any way," Toubolets said after finishing up his meal.

"There's no negative impact in my view of anything they're trying to force into that kind of a niche or category."