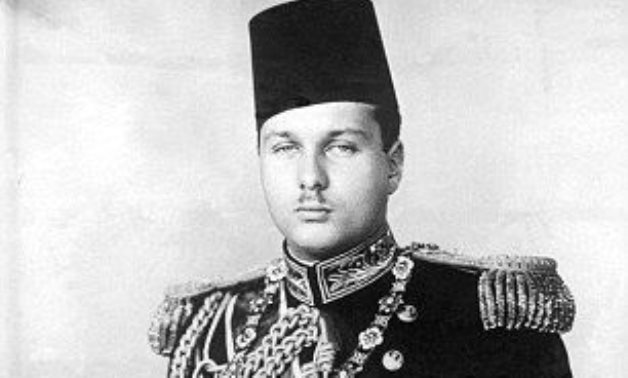 CAIRO – 18 March 2021: On March 18, 1965, King Farouk I, the last king of the Egyptian Kingdom and the last to rule Egypt from the Alawite family, passed away. His rule lasted for 16 years until the revolution of July 23, 1952 broke out, where he left to Italy and died there while eating dinner in a restaurant.

On the night of his death, King Farouk seemed joyful, cheerful, laughing from the depths of his heart as if he did not carry worries or grievances like any person.

On that night, and as always, King Farouk’s table was overflowing with the most delicious, most luxurious, tastiest and most expensive types of food that Farouk used to devour with high speed, which was astonishing to those around him in the restaurant, according to the book “King Farouk, the Last King of Egypt” by Hisham Khedr.

The book "King Farouk, the last king of Egypt" explained that while he was eating on that fateful night, he suddenly turned back, and immediately the waiters of the restaurant ran towards him and carried him on a long couch. They quickly got rid of his neck tie, his belt, and shoes in just a few seconds.

The book indicates that a customer was sitting near this scene, and he rushed to Farouk and gave him a respirator after noticing that Farouk's face had turned from red to blue.

When the attendance was unable to save him from the emergency crisis that afflicted him, the restaurant management called an ambulance, which came quickly to carry him while he was breathing with difficulty clinging to life. Soon, he took his last breath in the ambulance to leave the whole world after a life full of historical events.