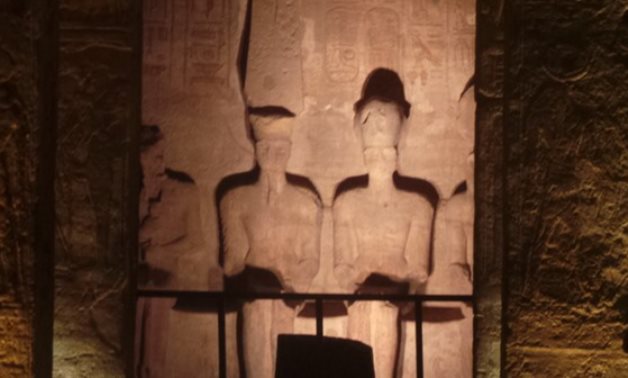 Abu Simbel temple is the largest temple carved in rocks in the world. It was carved in a rock piece on the west bank of the Nile in a place of great beauty, to worship the sun.

The sun does not light up the face of Ptah, considered by the ancient Egyptians as the god of darkness.