CAIRO - 17 February 2021: Renowned Egyptian archaeologist Zahi Hawass posted on his Facebook page a scientific paper on the death of the Egyptian Pharaoh Seqenenre Tao published by Frontiers in Medicine, and carried out by Hawass in cooperation with Sahar Selim, a professor of radiology at the Faculty of Medicine, Cairo University.

The study says modern medical technology helped tell the story of an ancient Egyptian king, who died to reunify Egypt in the 16th century BC. It revolves around examining the second mummy of King Seqenenre Tao II by CT scan.

Seqenenre Tao II, dubbed “The Brave”, ruled southern Egypt during the Hyksos occupation that seized the delta in northern Egypt for a century (1650-1550 BC). His mummy was discovered in the Deir el-Bahari cache in 1881, was examined for the first time at the time, and was studied by X-ray in the 1960s.

These examinations indicated that the deceased king had suffered several serious head injuries, but there were no wounds on the rest of the body. 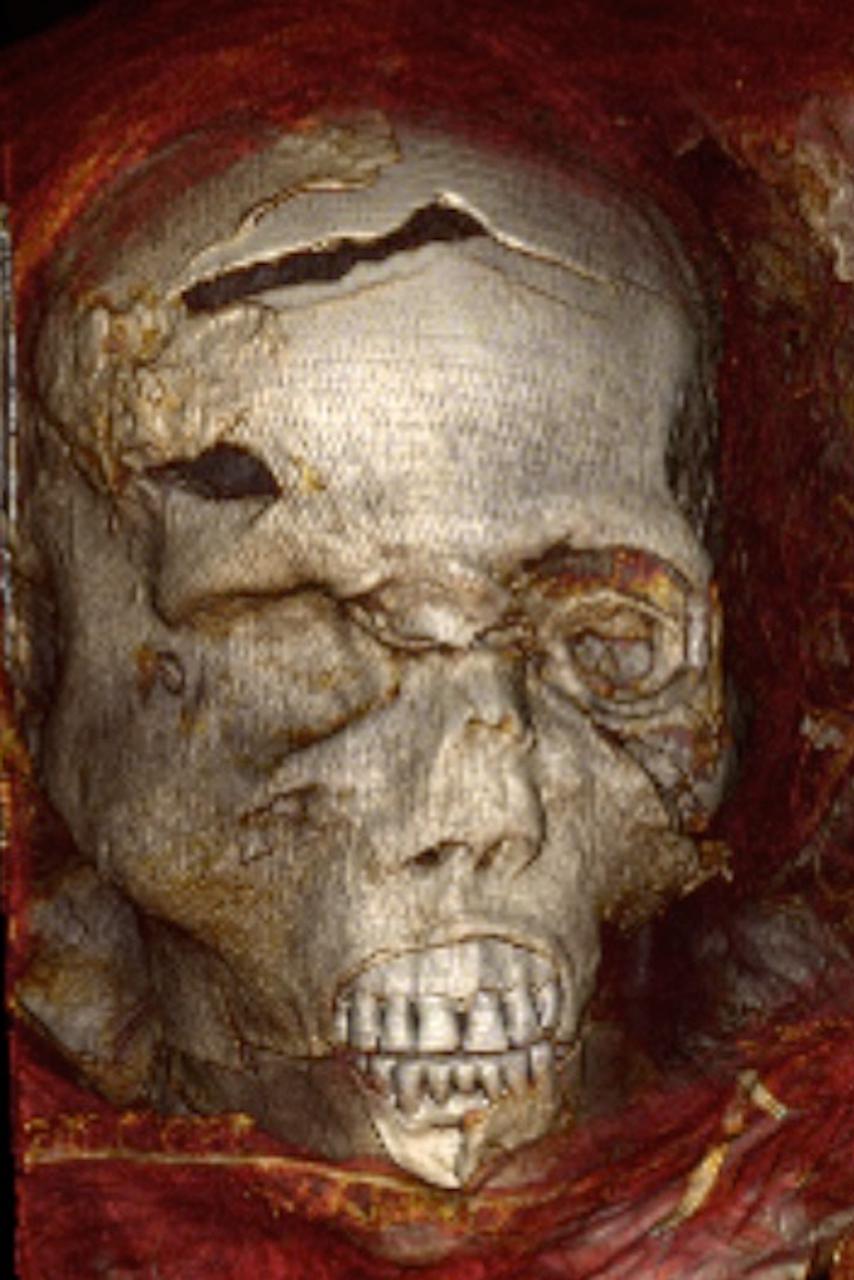 Theories have differed as to the cause of the king's death; some believe that the king was killed in a battle, perhaps at the hands of the Hyksos king himself; others indicate that some may have conspired to kill Seqenenre Tao II while he slept in his palace, and others suggested that the mummification may have been carried out in a hurry far from the royal mummification workshop, in light of the poor condition of the mummy.

CT scan technique is one of the medical imaging techniques used to, safely and without interference, study archaeological remains, including mummies, which helps maintain them. CT scans helped study many Egyptian royal mummies, determining age at death, gender, and cause of death.

In their research, the two Egyptian researchers Zahi Hawass and Sahar Selim presented a new interpretation of the events before and after the death of King Seqenenre Tao II, based on two and three-dimensional CT images that were installed using advanced computer technologies.

The deformation of the arms revealed that Seqenenre Tao II was indeed captured on the battlefield, with his hands tied behind his back, which prevented him from repelling the fierce attack to his face.

"This indicates that Seqenenre Tao II was really on the front line with his soldiers, risking his life to liberate Egypt," said Selim.

A CT scan of the king’s mummy revealed subtle details of the head injuries, including wounds that had not been discovered in previous examinations as they were skillfully hidden by embalmers. The research also included a study of various Hyksos weapons preserved in the Egyptian Museum in Cairo, including an ax, spear and several daggers, which showed compatibility with the wounds of Seqenenre Tao II.

The results indicate that Seqenenre Tao II was killed by several Hyksos attackers who surrounded him from different angles and with different weapons. His killing appears as a ceremonial execution.

Furthermore, the CT scan determined that Seqenenre Tao II was about 40 years old at the time of his death, based on the shape of the bones detected in the images, providing the most accurate estimate so far. This study provides important details about a pivotal point in Egypt's long history.

He fought them, defeated them and chased them to what is known as Gaza today (Palestine). He also succeeded in unifying Egypt.