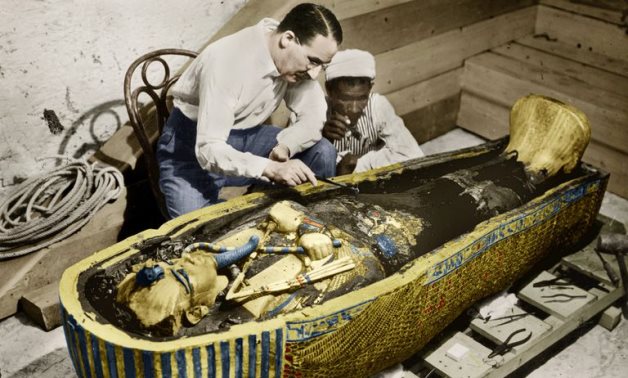 FILE - Howard Carter discovered the tomb of Tutankhamun in 1923