Ancient Egyptians believed there was one god for the entire universe 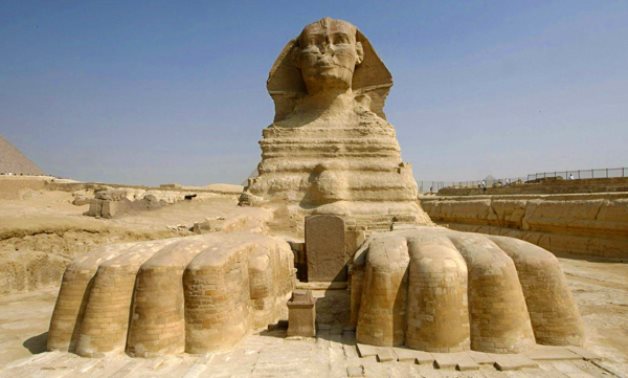 CAIRO – 10 February 2021: Archaeological researcher Ahmed Amer said that the kings of the New Kingdom in ancient Egypt made them statues in the form of a Sphinx and placed them in front of their temples to guard them.

The famous Sphinx in Giza was built during the Fourth Dynasty, which is called the era of the pyramid builders in the Old Kingdom, which came to spread the solar religion that calls for worshipping the deity Ra, the god of the sun and the owner of control and influence.

According to Amer, the statue of the Sphinx on the Giza plateau is an essential part of the hierarchical group of King Khafre (2625-2600 BC) to challenge the priests of Ain Shams, pointing out that this statue represents the original Egyptian creativity and is one of the biggest statues in the world. It is about 73.5 meters long and more than 20 meters in height.

Kings Amenemhat II and Amenemhat III were represented in the form of the Great Sphinx. In the New Kingdom, statues of the Sphinx with the head of a ram or the head of a falcon were also placed at the front of the Luxor and Karnak temples.

King Thutmose IV of the Eighteenth Dynasty in the New Kingdom set up a dream board between the claws of the Great Sphinx in Giza to support his ascension to the throne of Egypt.