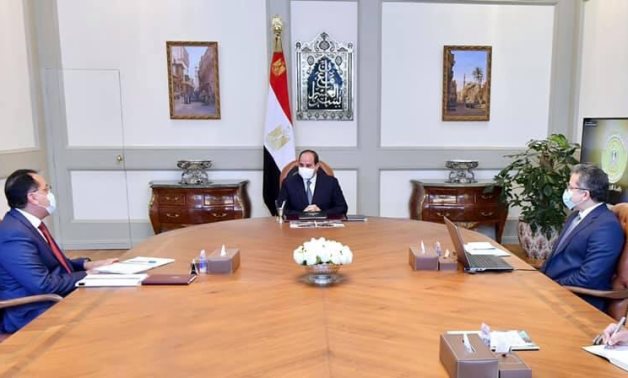 At this important meeting, the activities for the year 2020 and latest developments regarding major projects of the Ministry of Tourism and Antiquities were presented.

Special attention was given to the opening of a series of diverse national museums, including the Royal Vehicles Museum, Sharm El Sheikh Museum, and Kafr El Sheikh Museum, in addition to the implementation of a number of major archaeological and tourism projects, including the Capitals of Egypt Museum, the new administrative capital museum and the Grand Egyptian Museum Project, the largest in the world. As part of the agenda, the rate of completion of the museums, the establishment of administrative structures and the selecting the museums’ boards of trustees were discussed.

Finally the meeting also included information on the ongoing efforts to develop a number of archaeological and cultural sites with significant historical heritage.