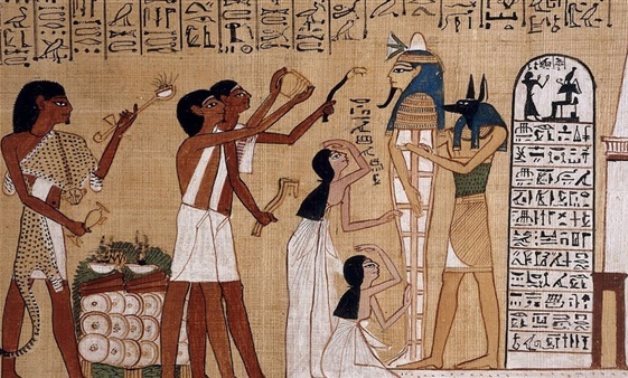 CAIRO – 2 February 2021: Bassam al-Shamaa, a researcher in Egyptology, confirmed that the common people of ancient Egypt did not know "incestuous marriages", indicating that this was not a common practice during these ages.

Shamaa clarified that “incestuous marriages” occurred in exceptional and rare cases, especially in one class, which is the ruling class. He explained that in some cases the king married his sister or daughter or other relatives in order to preserve his throne.

Shamaa stated that Ahmose had two main wives, pointing out that they were his sisters.

For his part, archaeological researcher Ahmed Amer said that incestuous marriage was not common in ancient Egypt and it was only usual for a king to marry his sister to preserve the king's throne and “royal blood”. This is in addition to their belief that the king and queen are considered gods, and it was normal for a god to marry his sister. However, this habit was not widespread among the general public.

Amer asserted that the king had the right to take along with his legitimate wife, the Queen, other wives who had no right to inherit the throne. The ancient Egyptian society knew polygamy within the royal palace. King Khufu married more than one wife; King Teti, founder of the Sixth Dynasty, had two wives; and King Amenhotep III of the 18th Dynasty had four wives.

Polygamy was permissible for the common Egyptian, but economic circumstances limited it from becoming widespread, so it became limited to the royal family and the nobles.