What is the truth behind the Clock Tower of Mohammad Ali Mosque in Cairo’s ancient Citadel? CAIRO – 5 January 2020:  Secretary General of the Supreme Council of Antiquities Mustafa Waziry, said that the restoration work of the Clock Tower in the Mohammad Ali Mosque in Salah al-Din Citadel is continuing regularly.

Restorers remove dirt, rust, and dust, as the clock have not been cleaned for almost 15 years.

The clock will be repainted and gilded until the clock returns to what it was since it was placed in the Clock Tower of the Mohammad Ali Mosque. 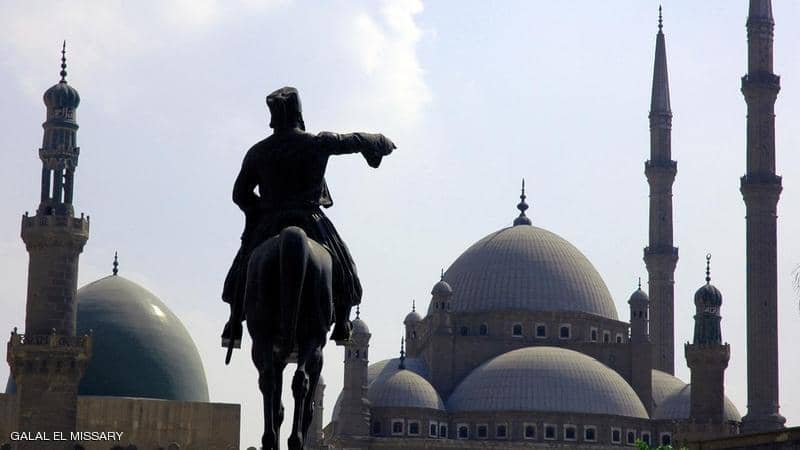 “The obelisk belonging to King Ramses II, which was transferred to France in 1836, at the request of King Louis Philippe of France, and was placed in Place Louisa in Paris, has nothing to do with the watch that he gave to Mohammad Ali,” said Waziry.

The Mosque of Mohammad Ali is one of the famous ancient mosques in Cairo. It was built by Mohammad Ali Pasha from 1830 to 1848 in the Ottoman style, similar to Sultan Ahmed Mosque in Istanbul.

It is sometimes called the Alabaster Mosque because of the frequent use of this type of marble in its wall cladding.

Mohammad Ali Pasha's successors took care of the mosque, where they completed some construction works and added some simple additions to it.

They also made it a venue for celebrating annual religious events.