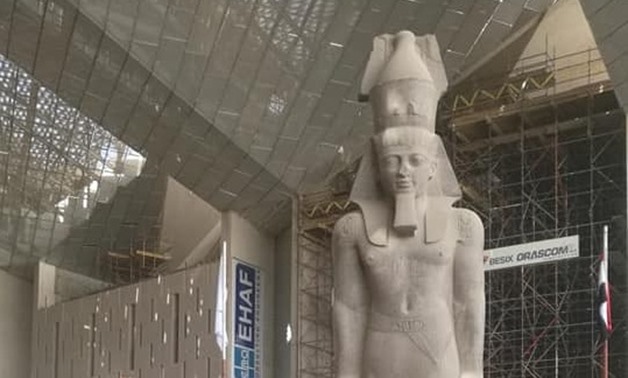 Statute of Ramses II at GEM in Egypt - FILE

CAIRO – 22 December 2020: The Cabinet has approved to hold an exhibition entitled “Ramses and the Pharaohs’ Gold” in five international cities during the period from November 2021 to January 2025.

The exhibition will be held at three places in United States including: Houston Museum of Natural sciences in Texas; de Young Memorial Museum in San Francisco, California and Castle Hall in Boston, Massachusetts.

It will also be held at the London Exhibition Hall in London, and La Felette Hall in Paris.

This came during the cabinet’s meeting on Wednesday led by Prime Minister Mostafa Madbouly, who stressed the importance of adhering to the precautionary measures to combat the spread of Coronavirus pandemic.

During his remarks, Madbouly ensured there should be enough numbers of isolation hospitals, oxygen cylinders, in addition to reiterating the cancelation of any gatherings or cerebrations during the New Year as part of the preventive measures.