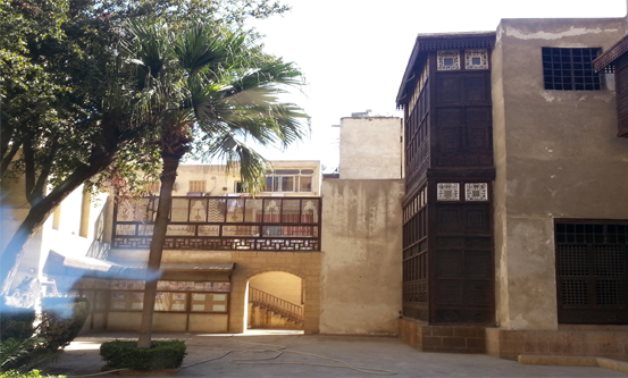 CAIRO – 15 December 2020: Bayt al-Suhaymi in Al-Muizz Street, affiliated to the Cultural Development Fund sector, will host, on December 17, a concert for the Rawda Religious Chanting Troupe and the singer Farag Saeed.

The troupe, along with Farag Saeed will present a collection of religious songs, invocations, tawasheh, and a group of songs in praise of the Messenger of God Mohammed (PBUH).

The Rawda Religious Chanting Troupe was established in January 2016. They are young men and women from different governorates who graduated from the religious chanting school of the Singers Syndicate.

The troupe also presented a group of concerts at the Egyptian Opera House, the Cultural Quarter Center and Prince Taz Palace.

The vocalist Farag Saeed graduated from the Religious Chanting School affiliated to the Cultural Fund sector at the Prince Taz Palace, which is supervised by the vocalist Mahmoud el-Tohamy, Sheikh Taha el-Iskandarani, and Professor Mustafa Najdi.

Said is a member of the Nile Troupe of the General Authority for Cultural Palaces, and participated in the Samaa Festival in Algeria.

He won first place in the Ministry of Endowments competition "The Good Voice" in 2016.