What was the nature of clothes in the ancient Egyptian civilization? 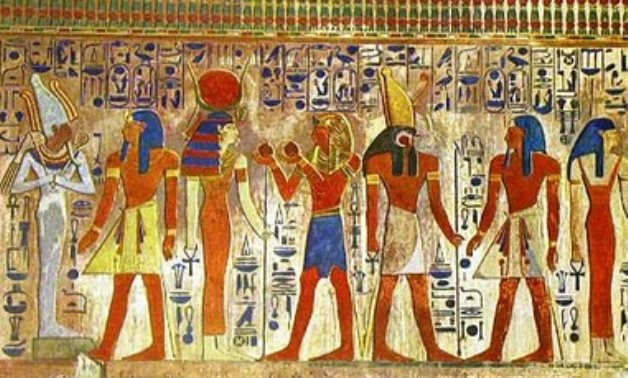 Some male and female costumes of ancient Egypt - ET

CAIRO – 14 December 2020: Many people imagine that women in the Pharaonic civilization wore short clothes and were almost nude.

This is what was depicted in many situations, either through some films or by a number of fashion models.

In this context, Director of the Antiquities Museum - Bibliotheca Alexandrina Hussein Abdel Basir said that men in ancient Egypt wore short uniforms. It was generally used to cover the private parts and the lower body area.

This is due to the nature of men's work outside the house, which required them to have ease and freedom of movement, whether in the fields, battles, temples and during other activities.

“We find that women, especially upper-class and noble women, wore lengthy, dignified and modest dresses with either short or long sleeves. Their shoulders were not bare as some tried to depict the queens or women of Pharaonic or Ptolemaic Egypt in this way, contrary to the reality of the ancient Egyptian society and the rules and scenes of ancient Egyptian art.”

“The clothes of the Egyptian queens were distinguished by length, beauty, dignity, splendor of fabrics, ingenuity of design, and delicacy of decoration. Their clothes were characterized by many layers of clothing.”

“On the contrary, the dress of maids and modest classes was clothing that tends to be liberating, transparent and sometimes short in length. The costumes of maids and women of the lower-class was illustrated in ancient Egyptian art as rather revealing, especially in scenes of banquets, parties and other scenes that were meaningful and were implemented in ancient Egyptian art for purposes related to the after-life. The working women also wore simple, yet dignified clothing,” concluded Abdel Basir.

Abdel Basir indicated that ancient Egypt was a very conservative society, especially in portraying women, as women were of great importance in the ancient Egyptian society.