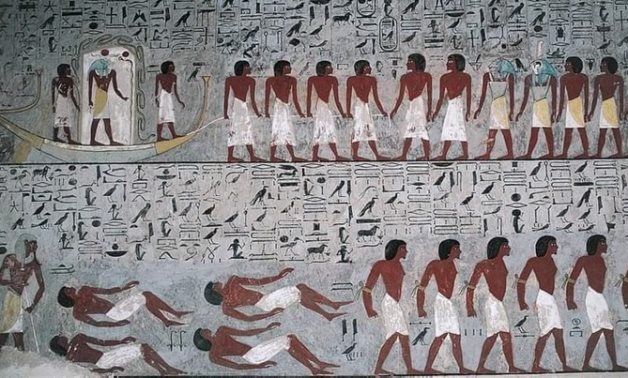 Ancient Egyptians did not tolerate treason or corruption

CAIRO – 6 December 2020:  Archaeological researcher Ahmed Amer said that the ancient Egyptians knew corruption and faced it, setting legislations and enacted strict laws for it that were intended to preserve the values ​​and principles of the ancient Egyptian society.

Crime and punishment in ancient Egypt were associated with ethical, customary and religious factors, all of which were based on the concept of "Maat", which refers to "truth and justice" in society.

According to Amer, the administrative apparatus in the ancient Egyptian state knew about bribery and confronted it, as the judicial bodies were not spared from it, and the penalty for it was removal from office, and lowering the person to the rank of agricultural worker.

Amer pointed out that the ancient Egyptians considered the crime of high treason of the state and the king as one of the most heinous crimes. Only the death penalty was specified for that crime, regardless of the accused's social status, especially since the majority of the accused are from the close entourage of the king; going into the affairs of the king and divulging his secrets was considered treason and required execution.

Furthermore, Amer asserted that the ancient Egyptians fought temple thefts from any attack, through penalties included in the decree of King Seti I of the Nineteenth Dynasty. The death penalty was usually applied by impalement, stumping, and a hundredfold fine. 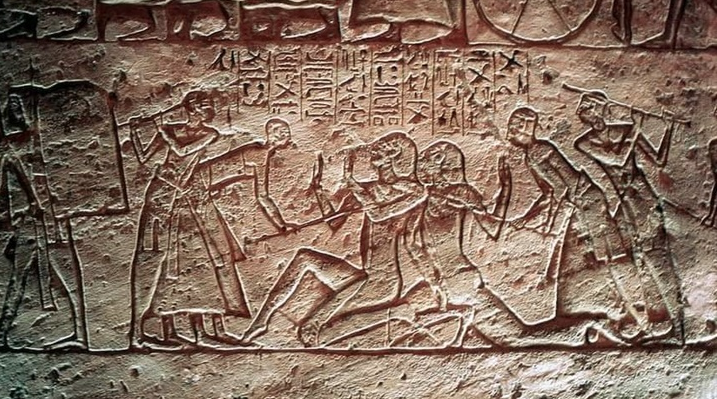 The decree also referred to the death penalty for someone who steals an animal belonging to the temple and transfers it to another party, while confiscating the property of the thief in favor of the stolen temple.

As for stealing an animal without transferring it to another party, the punishment for it was stumping the nose, while harnessing the thief and his family to serve the violated.

The punishment for stealing temple goods was a hundred beats and a hundredfold fine.

The ancient Egyptians distinguished between the stolen goods that bear the attribute of holiness and considered it a religious crime that requires execution, and those stolen goods that do not affect the sanctities, settling for the penalty of beating and the fine for the thief one hundred times of that the value of the stolen item(s).

The law also stipulates that a judge who is slow in the progress of the proceedings shall be punished with a hundred strokes, and he shall be removed from his position and transferred to a lesser position.