What changes are being made in the Egyptian Capitals Museum? 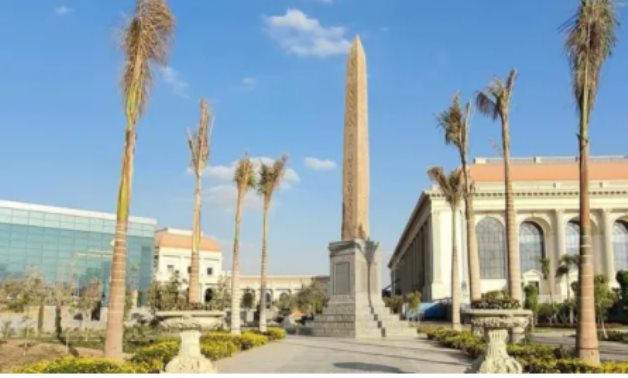 CAIRO – 3 December 2020: Egypt’s Ministry of Tourism and Antiquities is working on preparing several archaeological museums for their imminent openings, including the Museum of the New Administrative Capital.

What does the Egyptian Capitals Museum portray?

The Egyptian Capitals Museum tells the history of the Egyptian capitals through different eras. It consists of a main hall in which the relics of a number of ancient and modern Egyptian capitals are displayed, numbering 9 capitals, namely Memphis, Thebes, Tell el-Amarna, Alexandria, Fustat, Fatimid Cairo, Modern Egypt and Khedivial Cairo.

This is in addition to displaying a group of various collectibles that represent the patterns of life in each historical period, specific to each capital, such as decorations, tools of war and fighting, the system of government and various correspondences.

What about the second section of the museum?

The second section of the museum is a wing that represents the after-life for the ancient Egyptian. This part consists of the Toto cemetery, which was discovered in 2018 in Sohag Governorate, in addition to a hall for mummies, coffins, and showcases that contains canopic vessels, a set of fake doors and alternate heads that simulate religious rituals in ancient Egypt.

The Minister of Tourism and Antiquities has directed some changes to the content of the panorama to be consistent with the display scenario in the museum. He also directed to amend the places where some artifacts are displayed in order to conform to the historical pattern of the museum’s display and to enrich it.

Will the museum’s equipment be completed according to the timetable despite the modifications?

Enani stressed the necessity of adhering to the schedule set in advance for the completion of works in preparation for the imminent opening of the museum.

What is the last piece received by the museum?

Recently, the museum received a number of artifacts; including two carpets, one of them is made of wool, with text in the Persian language.

The second carpet has floral and geometric motifs in navy and orange colors.

That is in addition to ceramic pieces that simulate daily life patterns from the ancient Egyptian motifs, a half statue made of bronze for the Khedive Ismail, which enriches the section devoted to the presentation of Islamic and Khedive Cairo and the daily life of these eras.