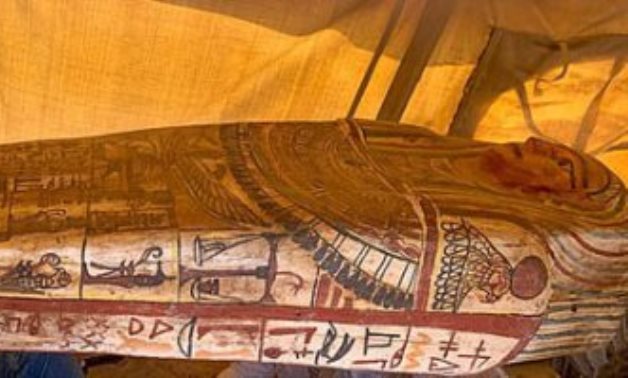 CAIRO – 23 November 2020: Archaeologist Sabah Abdel Razek, director general of the Egyptian Museum in Tahrir, said that there is a remarkable turnout of visitors, to see the new museum display scenario, which took place in the hall where the royal mummies were placed, in preparation for their transfer to the National Museum of Civilization in Fustat.

Abdel Razek stated that the new hall is where a large number of ancient sarcophagi were displayed, which reached 50.

She also stated that there are 15 coffins displayed for the first time, and that the hall is visited within the entrance ticket and does not require a separate ticket or any additional charges.

At the present time, in the Mummies Hall, fifty colored coffins are displayed, including two from the Saqqara discovery, and 48 coffins from the Egyptian Museum in Tahrir, of which 15 are displayed for the first time and others were on display in the museum’s third floor and in the basement.

These coffins have received a grant project that began in 2016, to include the documentation, photographing and restoration of 626 coffins.