Adam Hanin Hall to host "In Love of Effat" cartoon exhibition on Nov. 15-19 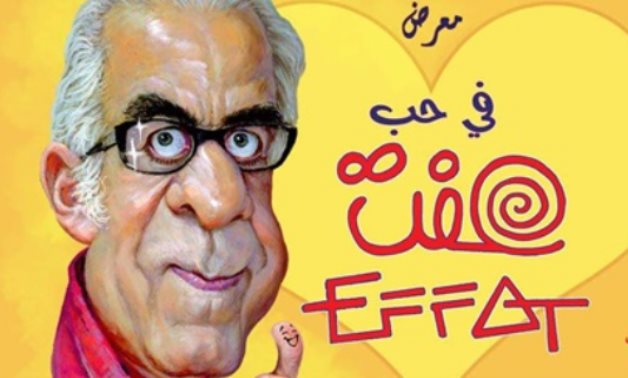 CAIRO - 11 November 2020: The Adam Hanin Hall at El-Hanager Arts Center at the Egyptian Opera House, will host a cartoon exhibition titled "In Love of Effat" in the presence of the family of the late artist, a group of public/prominent figures, artists, media personnel and fans of Effat.

The cartoon exhibition will be held on November 15 at 7 p.m.

The exhibition includes more than 150 caricature portraits of the late artist, drawn by 126 artists from 36 Arab and foreign countries, as well as a collection of artworks by the late international artist Mohamed Effat.

Artist Mohamed Effat was born in 1948. He started his career as a cartoonist for Akhbar Al-Youm newspaper. His caricatures have been published in many international newspapers and magazines.

Effat founded a branch of the International Cartoonists' Organizations in Egypt in 1996 which he presided until his demise.

He launched the online Pharaohs magazine, and participated in hundreds of caricature exhibitions in Egypt and around the world.

He also won many local and international awards, the most important of which was the bronze award in the Daejeon International Cartoon Contest in South Korea in 1999 and the gold medal in the 2004 International Comic Cartoon Competition in Japan.

The exhibition comes within the framework of the "Cultural Relations" initiative launched by the Minister of Culture Inas Abdel Dayem, with the aim of presenting images and models of human communication between Egypt and the different countries of the world.

The exhibition will run until November 19.