What is the story of the ancient Pharaonic deity Anubis? 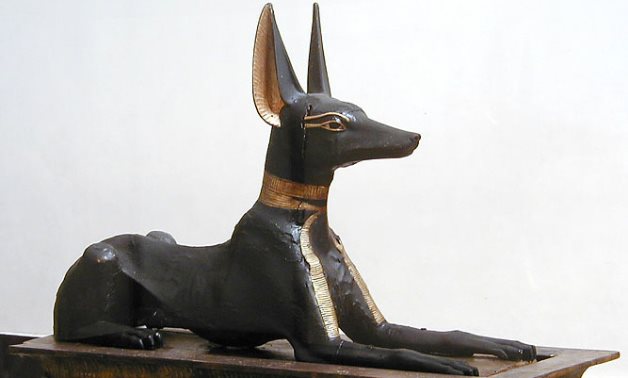 CAIRO – 13 October 2020: A picture went viral on social media platforms showing several statues of the pharaonic deity Anubis, on a truck roaming a street in Cairo.

Many social media users wondered what the story behind those statues is.

Amr el-Tayeby stated that the statues in the picture are archaeological replicas of the deity Anubis and do not belong to the Egyptian Ministry of Tourism and Antiquities.

Anubis is the Greek name for the god of death, mummification, afterlife, tombs, and the underworld in the ancient Egyptian religion.

It is usually depicted as a dog or a man with a dog's head. Archaeologists have concluded that the animal that was revered as Anubis was an Egyptian canine, the African jackal.

Like many ancient Egyptian deities, Anubis assumed different roles in different contexts. He was portrayed as a tomb guardian in the early First Dynasty 3100 - 2890 BC. Anubis was also responsible for mummification.

In the Middle Kingdom, around 2055-1650 BC, he was replaced by Osiris in his role as master of the Underworld. One of his notable roles was as a spirit guide in the afterlife. Anubis also attended scale events, during which the "heart weight" is done to determine whether the soul will be allowed to enter the realm of the dead.

Despite being one of the oldest deities and one of the most frequently mentioned in the Egyptian pantheon, Anubis did not play any role in Egyptian mythology.