Egypt’s movies that reflects the heroic acts of Egyptian army 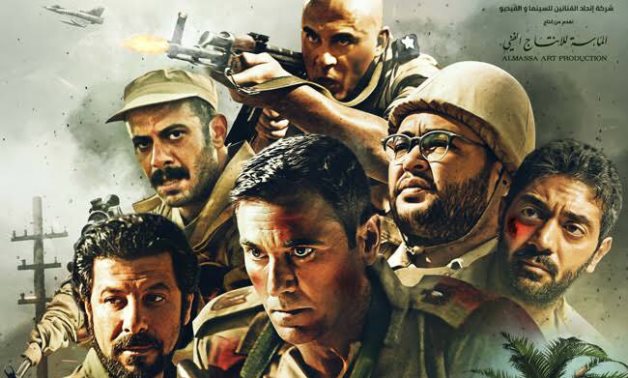 Cairo – 6 October 2020: The 6th of October victory embodies the ability of the Egyptians to crush the impossible by wise planning and courageous implementation.

“The victory of October is a reminder that Egyptian are always capable of rising up for its rights, gaining respect from others” said President Abdel Fattah el Sisi.


In this day the Egyptian army managed to recapture Egyptian occupied territories and restore national pride.


“ Another lesson from October war is that a right coming from a place of power prevails in the end, and that Egyptian are capable of protecting their territories” President Sisi added.

Egyptian cinema has tried to document that historic victory, adding to other documentaries.

In this article, we will shed light on some movies that Egyptians audience watch on TV every 6th of October anniversary.

1- “The Bullet is Still in My Pocket” 
The movie is about a soldier named Mohamed who finds himself in Gaza after the defeat in the 1967 War.

He returns to his village filled with sorrow over the death of his colleagues in the war. The girl he loves, Fatma, has been raped by a high profile man in the village, so Mohammad decides to take revenge by killing him.

But the 1973 War breaks out and he joins the army to free the occupied lands from Israel. Mohamed goes back to the village with his bride, and the rapist was ashamed by the villagers. Finally, Mohammad marries Fatma with the bullet still in his pocket. “Al Wafaa El Azeem” (The Great Loyalty) was produced in 1974 and tells the love story of Walaa and Hussein. Walaa’s father refuses their relationship and decides to marry her to a family friend named Adel. During the war, Adel becomes a soldier with Hussein and learns how much he loves Walaa, so he decides to help them. “Abnaa el Samt” was produced in 1974, written by Maged Tobya, directed by Mohamed Rady, and stars Mahmoud Morsy, Mervat Amen and Nour el-Sherif. The film includes the period from the war of attrition till the victory the war of 1973. Successful Egyptian movie “El-Mamar” ( The passage) topped the Twitter trend after its first TV screening on ON TV channel in 2019.

People interacted with the patriotic movie, especially that it screened as part of the celebrations of the glorious victory of October 6.

Egyptians were keen to watch the important patriotic movie which achieved booming success, with revenues amounting to over LE 65,000,000.

The film revolves around the role of the heroic Egyptian Commandos during the War of Attrition.

The film is inspired by the brave patriotic operations performed by Group 39 in the Egyptian army headed by martyr Ibrahim al-Rifai.