What you may not know about military life in ancient Egypt 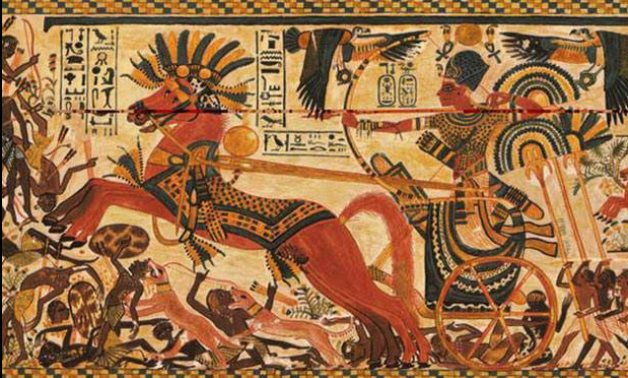 CAIRO – 4 October 2020: Archaeological researcher Ahmed Amer said that ancient Egyptians left us with many traces that indicate their superiority in the military field.

According to Amer, before the first transition era, there was no strong evidence on the existence of combat armies, only those special teams that guard kings and courts existed.

Meanwhile, during the Old Kingdom special castle garrisons appeared and a great stability in the army organizations began during the reign of King Djoser. During the Ehnasian era, the interest in training soldiers and organizing their affairs was prevalent.

In the Middle Kingdom, the Egyptian military stabilized and special teams that protected the king and the capital increased and became known as the followers of the ruler. It consisted of very competent officers and soldiers.

Amer pointed out that in the era of the New Kingdom, the rule of the Hyksos urged the Egyptian people to turn to warriors who sought freedom and obtained it. Rather, the expulsion of the Hyksos had a very important effect on the revival of the military spirit in Egypt in a way that the world had never known before.

The country had a war and political renaissance at the same time. The Egyptian Empire was built on the basis of expansion and securing the Egyptian borders.

The New Kingdom is the era of the great conquests; it was the era of professional soldiers, organized in an almost modern way.

Amer further stated that during the New Kingdom the king himself was often at the head of the army during campaigns. He was the commander in chief of the army and theoretical commander of the battles.

The ancient Egyptian army was a disciplined army, a national army subject to precise orders and laws imposed by the government. The military life was strictly based on obedience to the military orders of the division commander. Guard divisions were divided into ranks.

Moreover, in the wars of King Thutmose III and King Ramses II of the New Kingdom, the presence of some intelligence agents appeared. They collected information about the enemy in terms of armament, number, and locations occupied by the enemy in order to place clear information before the War Council, convened under the leadership of the King, to develop the appropriate attack plan.

According to Amer, the army in ancient Egypt was divided into four large divisions, each named after a great deity.