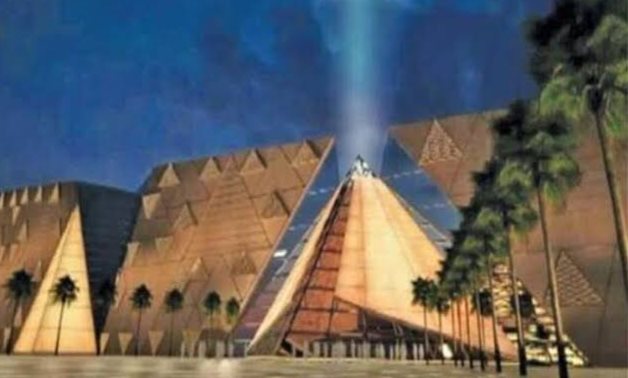 CAIRO - 20 September 2020: Director General of the Archaeological Affairs at GEM Al-Tayeb Abbas stated that theartifacts transferred to the Grand Egyptian Museum include a collection of 54 pieces from the treasures of King Tutankhamun.

The transferred treasures of Tutankhamun include a set of gold jewelry and necklaces, as well as a gilded wooden statue depicting the golden king with a stick in one hand and a flail in the other, standing on the back of a leopard, and wearing the white crown of Upper Egypt, with the sacred uraeus on his forehead and a wide beaded necklace covering his chest and shoulders.

A number of valuable artifacts dating back to the Old and New Kingdoms were transferred as well such as a double statue of the writer of Atun Temple in Tal El-Amarna, Mery-Re, who later changed his name to Mery-Atun.

The double statue which was discovered years ago at Saqqara Necropolis is distinguished by its unique features, clothes and excellent details of wigs, and pleated clothes.

Abbas added that the GEM received also pottery vessels, silver coins and a group of metal statues from Tel El-Yahoudeya.

General Supervisor of the GEM project and the surrounding area Atef Moftah said that two red granite columns of King Ramses II, each weighing 13 tons and measuring 6 meters high, werealso transferred from the Egyptian Museum to the Grand Egyptian Museum to be displayed at the Grand Staircase.

Moftah confirmed that the artifacts were transferred amid tight security measures by the Tourism and Antiquities Police, pointing out that GEM has received a total of 54,000 objects, so far.

On his part, Eissa Zidan, Director-General of the Executive Affairs for the Restoration and Transportation of Antiquities at the GEM, affirmed the museum will open in 2021. He added that 47 wooden pieces were transferred from Khufu’s second solar boat at the Pyramid, bringing the total number of wooden pieces transferred to the GEM from the boat to 1,053.