What you may not know about Saqqara Cemetery 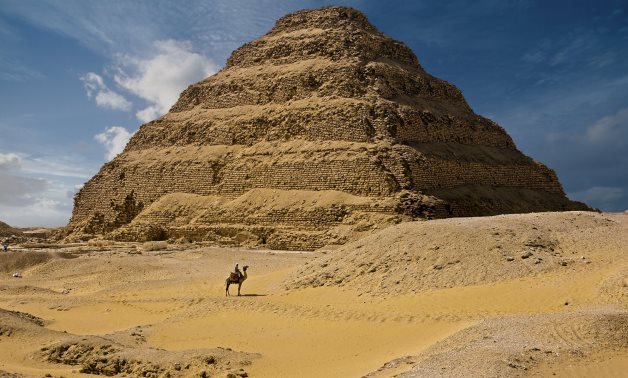 The dazzling Pyramid of Djoser in Saqqara, Egypt - ET

CAIRO – 7 September 2020: Saqqara Cemetery is one of the most important archaeological sites in Egypt. In Saqqara, one can visit extraordinary tombs with walls covered with inscriptions of great beauty and splendor as well as pyramids, temples and the Serapeum cemeteries.

Saqqara’s name was derived from the name of the cemetery deity Sokar. Saqqara Cemetery is the only cemetery in Egypt that includes graves from the beginning of the ancient Egyptian history to its end. It also includes many monuments from the Greek and Roman eras. Saqqara was designated a World Heritage Site by UNESCO in 1979.

The most important features of Saqqara have been stated on the website of the Ministry of Tourism and Antiquities, dividing the area into sectors, namely:

- Northern sector: It includes a group of graves, the most important of which is the tomb of Kaaper (Sheikh el-Balad), the cemetery of Hesy-Ra and the catacombs dug in the ground, which were intended for burying an ibis after embalming it, and also terraces after the kings of the First and Second Dynasties.

- Middle sector: It is the most important sector in the cemetery, where the funerary group of King Djoser is located inside the great wall with a step pyramid in the center. It is the first pyramid ever to be constructed of stone. It was built by the architect Imhotep along with the pyramid complex of Userkaft, the first king of the Fifth Dynasty.

- Western sector: This sector includes the Serapeum. It was used in the era of the 26th Dynasty, and it continued to be used until the Ptolemaic era.

- Pyramid of Unas sector: Its importance is derived from the presence of hieroglyphic writings on its walls that include religious spells for the deceased, known as "the contents of the pyramids".

- Southern sector: It includes the pyramids of the kings of the Fifth and Sixth Dynasties, and the pyramids of some queens, in addition to the tomb of Shepseskaf, the sixth and last pharaouh of the Fourth Dynasty of Egypt during the Old Kingdom.

An additional comprehensive entry ticket to Saqqara, which covers the Saqqara archeology area, Imhotep Museum, the tombs of the nobles, the cemetery of the New Kingdom, the Mereruka cemetery, and the Serapeum, costs LE 440 for foreigners and LE 220 for foreign students.