Incestuous marriages did not prevail in Ancient Egypt 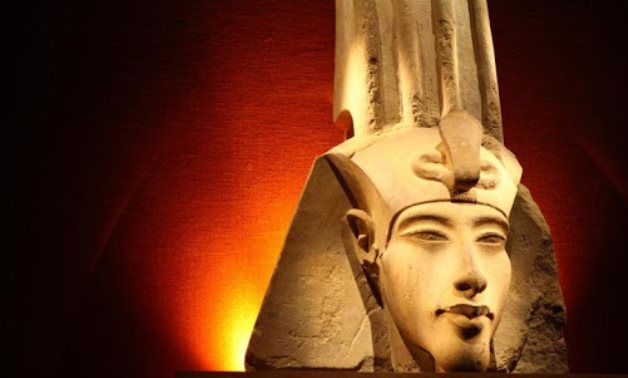 CAIRO – 19 August 2020: Perhaps it is common for some to spread the idea that incestuous marriages were widespread in ancient Egypt. Incestuous marriages is the term given in Islam to the marriage of brothers and fathers to their sisters and daughters.

Controversy always arises from time to time, about this type of marriages and its prevalence in ancient Egypt, without any evidence based on those who promote it.

It is a term also used for the beloved in texts known as love songs, where this term in the two previous cases goes beyond its verbal concept to the concept of meaning indicating the strong bond between the husband and his wife, lover and lover, such as the bond of brotherhood that cannot be separated or disavowed, according to Magdy Shaker, the archaeological expert, in previous press statements.

It is proven that the ancient Egyptian traditions of marriage avoided “incest” marriages by its instinct or its laws, from an early period in its distant history.

What remains of the lineage of husbands and wives in ancient Egyptian texts often indicated their belonging to a variety of families and different branches, despite the continuation of naming the husband, mother, wife and sister.

Egyptian archaeologist  Selim Hassan mentioned in his famous encyclopedia "Ancient Egypt", that these abnormal incidents occurred during the marriage of Amenhotep III to his daughter Sitamun. Some historians say that she is his sister, the daughter of Thutmose IV, not his daughter.

In reference to a report published by the BBC, the issue of "the king's marriage to his daughter" caused extreme controversy specifically in the era of the New Kingdom; during the reign of three of the greatest kings of the period (Amenhotep III, Ramesses II and Amenhotep IV AKA Akhenaten).

Perhaps the translation of the title in itself was a major reason for some to believe that the king officially and effectively married his daughter(s). But some scholars see it as just an honorary title that the princesses shared with their royal mothers.

There is another possibility for what some accounts talk about regarding the father’s marriage to his daughter(s), according to the archaeologist Magdy Shaker, mothers who were queens have allowed this title to be given to their daughters as a kind of preparation for the future, and the expectation that they will soon become queens. It is also possible that the king considered this to imitate a god or deity, which is only an honorary title bestowed on the princess(es).

In fact, there is no confirmed evidence of the idea of a father marrying his daughter(s) in a real marriage in ancient Egypt. Many consider it just a noble title to give a kind of rank or holiness to the royal daughters.