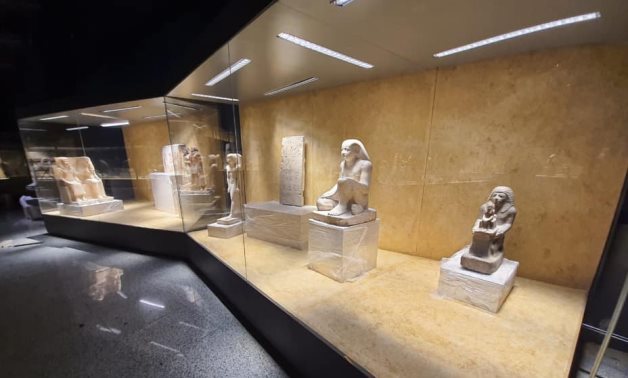 CAIRO – 16 August 2020: The Sharm El Sheikh Museum is among the projects that the Ministry of Tourism and Antiquities has placed on the map of openings during the coming period, within the framework of the state’s interest in opening museums in coastal cities. It is the first museum to be opened in the region.

Recently Egypt’s Minister of Tourism & Antiquities Khaled el-Anani inspected the museum, to follow up on the latest developments in preparation for its imminent opening,

Sharm El Sheikh Museum is located on the airport road on an area of 191,000 square meters. The building consists of 6 halls, a conference hall, a basement, a number of traditional crafts shops, an open theater and a number of restaurants. The museum can accommodate 20,000 artifacts.

Work in the museum has been resumed since September 2018, after a hiatus of about 8 years, specifically, in the aftermath of the January 2011 revolution, due to the lack of the necessary funds.

Currently, the architectural finishes works are being completed in exhibition halls, cafeterias and shops, which total up to 17 shops in addition to 11 places for archaeological and heritage crafts. The cost of the museum exceeds L.E 300 million.

The most important pieces included in the museum display at the Hall of Civilizations is the priestess of the deity Isis and the deities Min and Horus in Akhmim from the 21st Dynasty, which was found in the Deir el-Bahari cache, canopic pot boxes, a set of pots and cosmetics, the head of Queen Hatshepsut, which was found in the mortuary temple of Hatshepsut in 1926, a group of Tanagra statues of women in different clothes and styles and a group of Sinai heritage.

As for the Grand Hall, it expresses man and wildlife in ancient Egypt, the ancient Egyptian's interests in science, sports, industries and crafts that characterize them, his presence in his family and his family life, his relationship with the surrounding environment and how he loved animals to the point of sanctification.

A group of mummified animals produced from the excavations of Saqqara, such as cats and scarabs, are displayed in the Grand Hall, as well as baboons, crocodiles and falcons in animal and human form.

The Ministry of Tourism and Antiquities is also working on designing guide boards and brochures about the museum and the artifacts displayed in it, in addition to providing services for individuals with special needs from brochures written in Braille and other digital services for visitors.

Hisham Samir, assistant minister for Engineering Affairs, said in previous statements that 98 percent of the project's work has been completed, noting that the museum includes six exhibition halls, an administrative building, a cafeteria, a food court building, a building for bazaars, and antique crafts shops, an open theater and a staff lounge for employees and internal security personnel.