How did ancient civilizations portray envy? 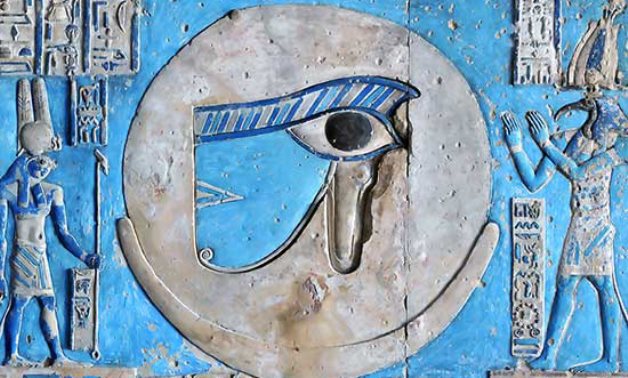 CAIRO – 11 August 2020: Human beings have agreed, since ancient times, to fear envy, and no matter how cultures or civilizations differ, that concept appeared among all peoples of the world.

This belief was associated with some practices and expressions that appeared with ancient civilizations; many of them are still used today.

Historically, the idea of envy was not known in the Americas, Pacific Islands, Asia, sub-Saharan African countries and Australia, specifically among the indigenous peoples of these areas, until the European culture entered and prevailed.

But how did the ancient world view envy? And who did the first practice to prevent envy?

The ancient Egyptian civilization, since its inception about 7,000 years ago, has attached great importance to envy. In the myth of Isis and Osiris, Horus did not restore his rule over Egypt except through a blue magic eye, the eye of Horus, and thanks to its strength, he defeated his uncle Set and saved his country.

The Eye of Horus was a symbol serving ancient Egyptian rituals and beliefs in life and resurrection alike. The ancient Egyptians believed that the eye protected those who wore necklaces with the eye of Horus from evil spirits and disease.

The necklace was also placed on the chest of the Pharaoh's mummy in the tomb to protect it from his enemies.

In the ancient Sumerian civilization, the term "eye of death" was used to explain the influence of envy on victims. Like the story of Horus, the eye of death appears twice in the story of the goddess Inanna, the Sumerian goddess of love, during her journey to the underworld. The first time was when she fell victim to the evil eye of the goddess Annona, and the second time when she killed her husband with her murderous eye.

Historian Zacharias Coetzee notes in his study, “The Evil Eye of the Sumerian Gods” published in 2017, that the Sumerians composed mythical stories about gods dying from the evil eye. They also interpreted natural phenomena such as earthquakes, storms and floods as a result of exposure to this eye. The study added that the evil eye was, in fact, a basic belief in the Sumerian culture, which was shown in their literature.

The Greeks and Romans did not differ from the Sumerians and the Pharaohs in employing the gods to protect them against envy. The most famous Roman historian, Pliny the Elder, says in his book "Natural History" that the god Vachin protected from the evil eye. This is in addition to other practices that appeared at the time, such as placing a symbol of the phallus at home gardens and using a form of locusts to protect against the evil eye.

According to press statements by Abdel Sami Mahmoud Shehata, professor of Romanian and Greek history at Menoufia University, Greek literature portrayed the "envied" person as a someone dependable, lazy and lacking courage; hence, the evil that befalls him/her causes their actions.

He added that the Greek culture saw that a person, who holds grudges because of the wealth or glory enjoyed by others, is a bad person that deserves the misfortunes that happen to them.