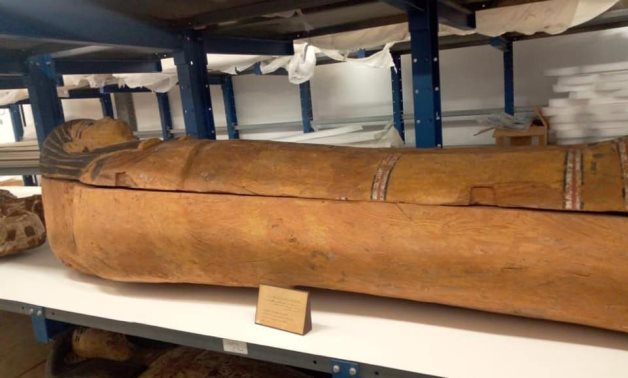 One of the royal coffins transferred to the NMEC in Fustat - Egyptian Min. of Tourism & Antiquities

CAIRO – 28 July 2020: The National Museum of Egyptian Civilization in Fustat received 17 royal coffins to be restored and displayed ahead of receiving the royal mummies from the Egyptian Museum in Tahrir in a solemn procession soon.

General Director of Restoration at the National Museum of Egyptian Civilization Manal el-Ghannam explained that the process of transporting the royal sarcophagi took place amid tight security procedures by the Tourism and Antiquities Police and under the supervision of archaeologists and restorers of the Museum of Civilization. She pointed out that the royal coffins are in a good state of preservation, and that before the packaging and transportation process, the coffins were inspected and a detailed case report was made for each coffin to establish an accurate preservation case.

One of the royal sarcophagi transferred to the NMEC - Egyptian Min. of Tourism & Antiquities

The restoration team also cleaned and carried out an initial restoration of the coffins prior to packaging; the packaging and transportation process was done at the highest level of efficiency and in accordance with the scientific standards, according to Ghannam.

Ghannam added that all the coffins are now subject to restoration work by a specialized team of restorers at the museum to be strengthened, in preparation for display. 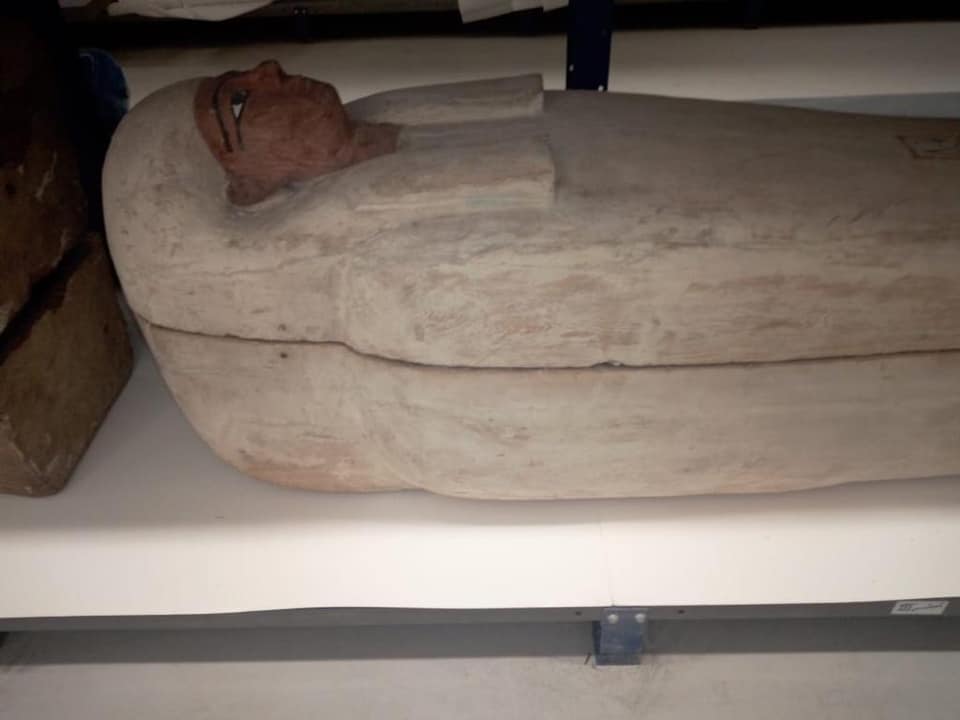 One of the royal sarcophagi transferred to the NMEC - Egyptian Min. of Tourism & Antiquities

It is worth noting that the royal mummies will be transferred from the Egyptian Museum in Tahrir to the National Museum of Egyptian Civilization in Fustat in a royal procession befitting the grandeur of the ancient Egyptian civilization. 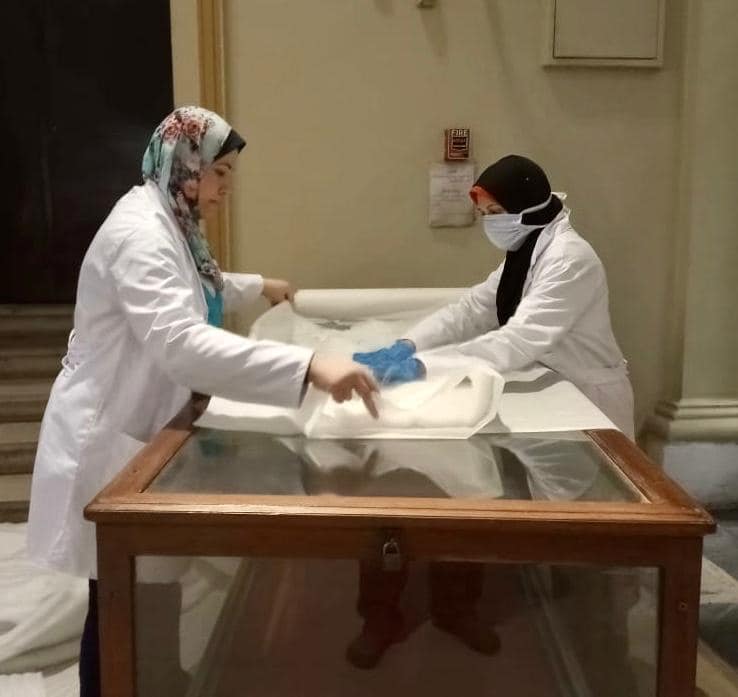 Restoration works are handled by specialists using the most efficient methods of restoration - Egyptian Min. of Tourism & Antiquities

Important information about some of the royal sarcophagi:

* The sarcophagus of King Seqenenre Tao II, the leader of the Liberation War. The king died during his struggle against the Hyksos invaders who managed to occupy Egypt in the era of the second transition. His son King Ahmose I managed to drive the Hyksos out of Egypt. King Seqenenre Tao II lived during the 17th Dynasty. The sarcophagus was made of cedar wood and was found in the cache of Deir el-Bahari in 1881.

* The coffin of Badi Amun was used to house the mummy of Sitkamose and was found in the cache of Deir el-Bahari in 1881.

* The sarcophagus of King Amenhotep I, son of King Ahmose I and his successor to the throne. It dates back to the 18th Dynasty and was found in the cache of Deir el-Bahari in 1881.

* The sarcophagus of Queen Meritamen, also known as Ahmose-Meritamen. It is believed that she was the daughter of King Seqenenre Tao II and the wife of Amenhotep I. Her grave was found carved in the rock in the Deir el-Bahari area.

* The sarcophagus of the great warrior, King Thutmose III, who ruled Egypt for 54 years. In his era, Egypt became a great power and its influence extended from Mesopotamia in the north to the fourth waterfall in the south. It was found in the cache of Deir el-Bahari in 1881.

* The sarcophagus of King Ramses II, the third king of the 19th Dynasty. He assumed power after the death of his father, King Seti I. Ramses II is considered one of the greatest kings of the ancient world. His reign was one of the most powerful and prosperous in the history of ancient Egypt, where Egypt witnessed important military victories and tremendous security for its borders. The sarcophagus dates back to the 19th Dynasty (circa 1279-1213 BC) and was discovered in the cache of Deir el-Bahari in 1881.

* The sarcophagus of King Ramses III, the last of the great Pharaohs of Egypt. He is best known for his wars against the enemies and for his success in driving away their menace. It dates back to the 20th Dynasty (circa 1183-1152 BC) and was found in the cache of Deir el-Bahari 1881.