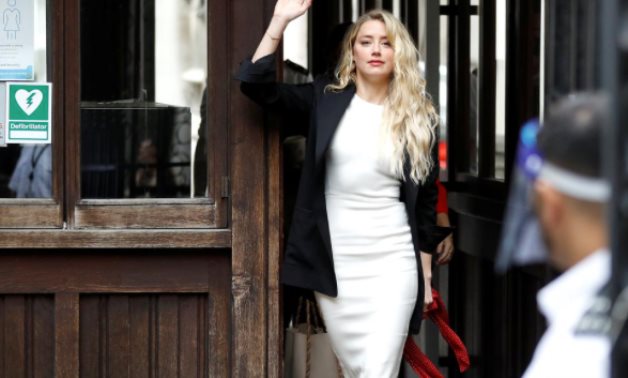 LONDON (Reuters) - When high on drugs and alcohol, Johnny Depp would turn into a violent alter ego he called “The Monster” and lash out at his wife Amber Heard, a London court was told on Monday as the actor’s libel trial against a British tabloid neared its ending.

The “Pirates of the Caribbean” star is suing News Group Newspapers, publishers of The Sun, and one of its journalists, Dan Wootton, over a 2018 article that called him a “wife beater”.

Depp and Heard both gave evidence at the trial for several days. Depp said he was never violent towards Heard or any other woman, accusing his ex-wife of lying. Heard described multiple incidents when she said he physically assaulted her.

Summarising the defence case for News Group Newspapers and Wootton, which is that the allegation of wife beating was true, lawyer Sasha Wass said Depp’s drug- and alcohol-fuelled lifestyle was the backdrop to his violent behaviour.

She said the relevance of his substance abuse was twofold: it led to his “irrational mood swings and abnormal behavioural patterns”, and it also meant that his own recollection of the extent of his violence was impaired.

Portraying Depp as “a hopeless addict” unable to restrain himself, Wass said the actor was aware that he was prone to uncontrolled outbursts, citing a March 2012 email he had sent to his friend Elton John.

In the email, written during a period of sobriety, Depp thanked John for helping him kick his drug habit and said that being clean and sober had helped him to beat “The Monster”, an alter ego that risked swallowing him up.

Wass accused Depp of “deep misogyny that lay at the root of his anger”.

She added that Depp had also sought to deploy what she referred to as old-fashioned methods to discredit a woman, by portraying Heard as “a gold-digger, a shrew and an adulterer”.

She said Heard denied cheating on Depp and it was irrelevant anyway. She also said Heard was a successful actress in her own right and was financially independent.

Wass was due to continue her closing speech for the whole of Monday’s hearing. Depp’s lawyer, David Sherborne, is due to make his own closing arguments on Tuesday. A ruling is not expected immediately.