Facts you need to know about Egypt’s Golden King Tutankhamun 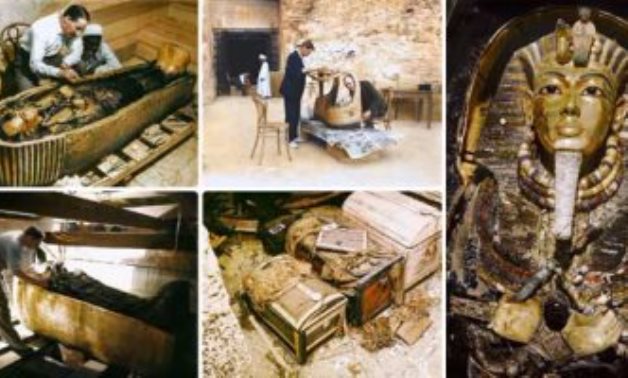 CAIRO - 25 July 2020: Liverpool Egyptian winger and the legendary football player Mohamed Salah revealed that he follows a television program on the National Geographic which displays the greatness of ancient Egyptian antiquities with a display of the tombs of the ancient Egyptian kings.

Salah posted a picture of the program, which was reviewing the tomb No. 62 of King Tutankhamun, and thus the Egyptian pharaoh Salah continues his pride with his homeland Egypt and its great history.

Egypt Today which is as proud as Salah with this exceptional ancient Egyptian king will shed the light on the life of Egypt’s golden King Tutankhamun.

Acclaimed archaeologist Zahi Hawass has finished the script for Tutankhamun Opera, set to debut in the opening ceremony of the Grand Egyptian Museum 2021.

Grand Egyptian Museum witnessed a celebration of breaking a new record at Guinness world Record by drawing a portrait of King Tutankhamun's mask made from 7260 coffee cups on Saturday, December 28.

King Tutankhamun, the child ruler who died at the age of 19, turned into a famous figure whose luster has not yet disappeared.

Since the early 1960s, mobile exhibitions displaying pieces of the golden king tomb have created a new global feeling.

The ongoing exhibition, which began at the Science Center in California in 2018 and then moved to Paris recorded unprecedented turnout for exhibitions in France.

The previous record was also for an exhibition of Tutankhamun, which sold 1.4 million tickets.

The exhibition opened at the Saatchi Gallery in London as part of its tour of 10 cities around the world.

Despite his death thousands of years ago, the precise cause of Tutankhamun's death remains a mystery. Hawass has an input on this matter as he truly believes that Tutankhamun was not murdered.