CAIRO – 30 June 2020: The black-basalt statue of the priest Djedhor is one of the most famous pieces of ancient Egyptian art in the Egyptian Museum in Tahrir.

This statue gained its reputation from rumors that circulated around it, which say it is under a spell. The statue was found in the Temple of Athribis in tQaliubiya Governorate, east Delta and dates back to the Ptolemaic period. It is completely covered with magical texts that were intended to treat venomous bites of scorpions and poisonous reptiles.

The museum's official page on Facebook provided information about the statue and magic in ancient Egypt. The statue of the priest Djedhor dates back to the Late Era (about 323-317 BC). It bears the artistic qualities of what is known as the "Little Horus Plaques" and is considered one of its varieties.

The Little Horus Plaques appeared in the Late Era and were used for therapeutic purposes, especially for treatment of venomous bites.

The symbols engraved with these tablets are symbols intended to address another world, the stellar world. In the eyes of the ancient Egyptians, it was a world intertwined with ours; it is the world that souls go to after death and it is also the source from which all things come, and in it lays the causes of all diseases.

The priests of ancient Egypt used to treat the sick by contacting this world. The ancient Egyptian magic is considered a science derived from special sources; the magician uses books on magic spells and recites the charms himself curing the individual's case him. This is known as oral rituals, which were followed by practical rituals.

For the magic to work, some religious spells are read, or the person carries some amulets that perform the purpose of protection. 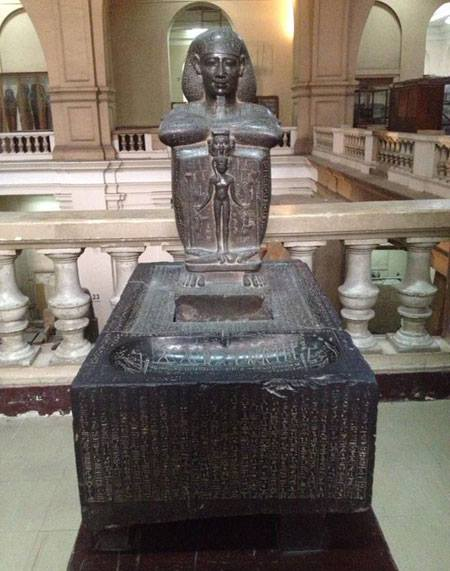