Al-Haybeh series: tribal conflict with a touch of romance 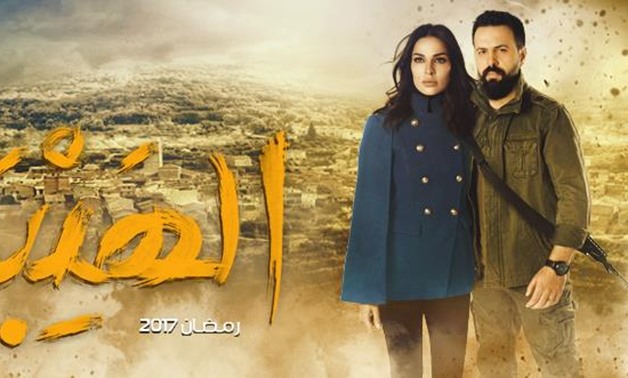 CAIRO-26 June 2017: The winning formula of the Syrian actor Taim Hassan and the former miss-Lebanon-turned-actress Nadine Njeim returned this Ramadan with the Syrian/Lebanese drama series al-Haybeh. The series is produced by the Lebanese producer Sadiq al-Sabah written by Hozan Akko, and directed by Samr Barqawi, both Syrian.

Al-Haybeh is a tale of a mafia-like family who rule a village in Lebanon through their wealth (gained via arm deals and smuggling), generosity and chivalric attitude and behaviour, but are betrayed by those closest to them and endure a rocky journey throughout the series.

Amongst all this strife and struggle is Alya, played by Njeim, who returns from Canada with her only son to follow the request of her deceased husband to bury him in Lebanon. As soon as she leaves the airport it becomes apparent that she knows very little about her husband and his family. Alya learns later that her late husband ran away to Canada after killing someone to avenge his father’s death, revenge is an essential aspect of the family’s honour and reputation, therefore it has to be passed down the family line.

Fearing for her son’s future, Alya plots to take him and leave yet this proves to be impossible as Jabal senior, the head of the family and her brother-in-law played by Hassan, ensures that she has no option but to stay in their village. This hatred and opposition slowly turns into love as the pair are forced to marry due to customary traditions and despite Jabal’s commitment to his former lover, Alya wins his heart.

Al-Haybeh is probably one of the best drama series this Ramadan, reviving the love that made Taim Hassan the star he is today as the role of Jabal brought back memories of his early work such as Nazar Qabbani and King Farouk.

The facts that Hassan introduced a new look and took on a new character; one that is quite different to the past two Ramadans has rejuvenated interest from not just his fans but the wider public too.

According to unofficial reports, al-Haybeh was one of the most watched drama series across the Arab world this Ramadan, beating big names like Adel Imam and Nelly Kareem’s perspective dramas as well as proving far more popular with viewers than some that had large financial production such as Gharabeb Soud.

This huge success is partly due to the winning formula of Njeim and Hassan, but two actors cannot lift an entire work alone. It is in fact the perfect choice of actors and actresses for each role, especially the role of Nahid Sheikh al-Jabal the matriarch of the family played by the great Mona Wassif, whose presences added value to the series as she proved that in certain actresses talent and level of performance are not affected by age and it was a chance for the younger viewers who may not be familiar with Wassif’s long history of exceptional roles that earned her the respect of many.

Other factors that contributed to Al-Heaba’s popularity is the opening credit song ‘Majbour ‘ (forced to) which caught the attention of millions before the drama had even been aired, sung by the former Star Academy participant Nassif Zeytoun. It made people eager to learn more about the plot and await each episode. Marketing is another obvious factor and some would claim that Hassan’s marriage announcement to the well-known Egyptian presenter Wafaa Al-Kilany a few weeks before Ramadan made him the headline news as social media had nothing else to talk about. This marriage naturally made people more curious to watch the drama series, but we also can’t dismiss the power of Twitter, Instagram and Facebook in increasing the number of viewers and encouraging them to see the tale behind every post or photo that is published with a caption to lure people into the drama series. Both Njeim and Hassan were very good at this with their daily posts that ensured new viewers were being added constantly to al-Haybeh.

Al-Haybeh in my opinion was the best series this Ramadan as it offered a bit of everything; action, romance, social and political aspects, therefore it was the perfect family viewing. And unlike many series, the ending lived up to the entire 30 episodes leading up to it and there is even a rumour of a sequel being planned after the production team witness the success that they had achieved.