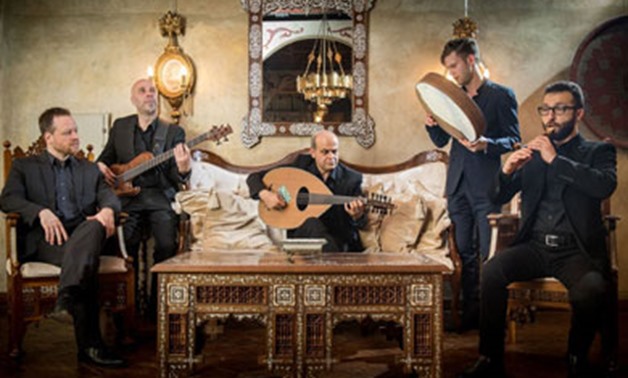 
CAIRO – 27 June 2020: Based on the principle of "wherever we around the world, we share the same sun," Cairo Steps released its newest music video entitled "Shams" ( Sun).

Strongly believing that music crosses borders and is the best remedy for confronting melancholy imposed by social distance and quarantine because of the novel coronavirus epidemic, the international jazz band chose to revive its famous music track that was released two years ago in its latest album, "Flying Carpet", which was a duet between Cairo Steps and world famous Tango quartet Quadra Nuevo, but this the music video housed more than 19 musicians from all over the world in one clip.

It is worth mentioning that Egyptian Ministry of Culture’s YouTube channel presented a concert for Cairo Steps on April 6.

Cairo Steps was accompanied by a number of prominent stars in this concert as guests of honor, such as veteran Egyptian singer Mohamed Mounir, Egyptian Minister of Culture and renowned flute player Inas Abdel Dayem, Ali el-Helbawy and Ehab Younis.

This concert came as part of the online initiative "Stay at home ... Culture is between your hands".

Head of the National Media Authority Hussein Zain set a fixed date for the broadcast on the second channel at 9 p.m. starting March 25. Abdel Dayem launched the online initiative "Stay at home ... Culture is between your hands" on March 24 at 9 p.m.

It is worth mentioning that Cairo steps performed a concert in Berlin, Germany with Quadra Nuevo on April 17, 2019.

The Egyptian minister of culture honored Cairo Steps in the Egyptian Academy in Rome. The honoring brought the band back to the ancient Philharmonic platform after being awarded the German Jazz Music Award in April 2018.

Minya University Theatre hosted an untraditional concert in December 2018 for the acclaimed Egyptian-German band Cairo Steps, who were accompanied by a group of German musicians and Egyptian singer Ali el-Helbawy. This concert came as part of an initiative to spread art and music in Upper Egypt.

Darwish was born in Upper Egypt and moved to Germany 26 years ago. He presented the idea of this initiative to Abdel Dayem in the World Youth Forum, which was held in Sharm El-Sheikh in November 2018.