Is Cleopatra tomb located at Abu Sir near Alexandria ? 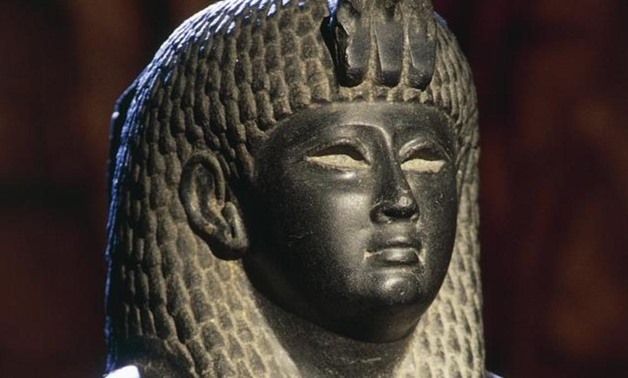 
CAIRO – 13 June 2020: Scientists will present evidence that the cemetery of Cleopatra is located in Egypt's Nile Delta in a documentary set to be released soon.

Archaeologists focus on the site of the ancient Abu Sir Palace near Alexandria. Their research will be revealed on the private Science Channel in a documentary entitled "Cleopatra: Sex, Lies and Secrets," which will debut on June 21.

Scientists are digging at the site of the Palace of Abu Sir, known as Taposiris Magna Temple, just 60 miles from Cairo, in hopes to uncover the mystery behind the queen.

"In Egypt's Nile Delta, huge archaeological excavations are being carried out as experts search for the tomb of Egypt's most famous queen," says Science Channel, according to RT.

Archaeologist Kathleen Martinez's new theory about Cleopatra's tomb suggests that her grave could be found in a place known as Taposiris Magna.

Archaeologists have not found Cleopatra's tomb, but believe it is located somewhere near Alexandria. The city surrounding the temple of the same name, Abu Sir, just outside Alexandria, was a prominent coastal city during Cleopatra's reign.


Professor of Greco-Roman Archaeology in Tanta University Salwa Hussein said that there is no scientific proofs that Queen Cleopatra's tomb is located at Abu Sir area near Alexandria because the area is very ordinary and is not suitable to have a royal tomb of queen like Cleopatra and there is no single scientific evidence confirming the queen's burial is there.

‘’I do not think that Queen Cleopatra's tomb is located in the area identified by the documentary, because this area contains the remains of a temple and a group of tombs carved in the rock dating back to the end of Late Period of ancient Egypt and possibly Greek and Ptolemaic’’ recounted Professor of Archaeology Osama Allam.

Cleopatra was the last queen in Egypt and one of the most famous rulers of history, famous for marrying the Roman Emperor Julius Caesar. The queen committed suicide in 53 BC, after being arrested by the Roman ruler Octavian in the Egyptian city of Alexandria.

According to the legend, Cleopatra directed her servants to smuggle poisonous snakes into her makeshift cell, some of which killed her.