Aurangzeb and Islamic rule in India 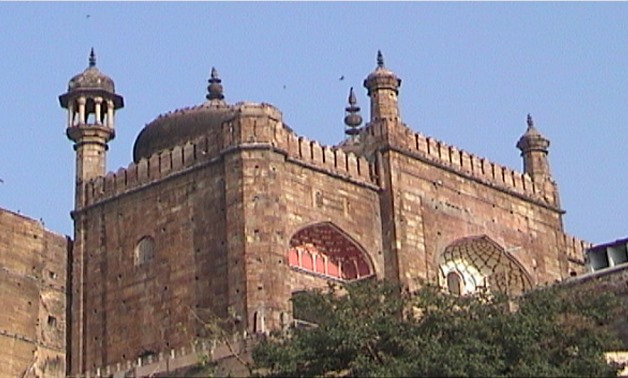 
CAIRO- 24 June 2017: When historians look back at Muslim rule in India, their perspective greatly shapes the way they present historical characters. Some people are seen as great and enlightened leaders, while others are ruthless tyrants. No one is more controversial than the Mughal Emperor Aurangzeb Alamgir, who ruled from 1658 to 1707.

By Hindus and Sikhs, he is seen as a cruel and ruthless emperor that restricted freedoms and imposed a religiously intolerant regime on the people. By Muslims he is seen as a devoted and religious-minded just sultan. This article will look past the rhetoric about Aurangzeb to understand him as a Muslim ruler in a Hindu-dominated country.

It is important when looking at the 49 year reign of Aurangzeb to understand his reign in context. The Mughals took power in India during the reign of Babur in the 1500s. Over 150 years later when Aurangzeb took power, the Mughal Empire was at is pinnacle. It controlled the majority of the Indian subcontinent and was one of the wealthiest (if not the wealthiest outright) empires in the world.

Aurangzeb was thus born into powerful and cosmopolitan state with immense riches in 1618. His father was the legendary Shah Jahan, the builder of the Taj Mahal in Agra. He was afforded the best scholars and teachers to educate him from a young age. As a young boy, he became well-versed in the Quran, the science of Hadith, and other aspects of Islamic sciences. He was known as a very enthusiastic reader. He read and wrote in Arabic, Persian, and Chagatai Turkic, the language of his ancestors. He was also trained in the art of calligraphy. Some of his calligraphic works are still in existence today.

One of Aurangzeb’s main goals was to bring true Islamic governance to the Mughal Empire. Previous emperors, while all Muslim, had not all ruled according to Islamic law. His great grandfather Akbar, for example, regularly went against Islamic beliefs by adopting many non-Islamic religious beliefs and practices in his personal life as well as in his rule of the empire. Aurangzeb’s insistence on Islamic rule was based on his previous education and his strong religious convictions.

Aurangzeb took power before his father had passed away. Despite the respect he had for his father, Aurangzeb vehemently disagreed with many of his father's actions, considering them to be wasteful and extravagant. An example of his religious mindset was his criticism of the Taj Mahal, which was a tomb built by Shah Jahan for Aurangzeb’s mother, Mumtaz Mahal. Aurangzeb considered it to be against the religious laws of Islam to build a structure over a grave, particularly one that was so ornate and expensive. He declared “the lawfulness of a solid construction over a grave is doubtful, and there can be no doubt about the extravagance involved.” He also made it a point to publicly oppose excessive veneration of the graves of Sufis, as he noted that it was developing into a cult-like practice, away from the beliefs and practices of Islam.

In order to practice Islamic law in the empire correctly, Aurangzeb insisted on compiling Islamic law into a codified book that could be much more easily followed. He thus brought together hundreds of scholars of Islam from all over the Muslim world to organize such laws. The result was a landmark text of fiqh (jurisprudence) in the Hanafi school, known as the Fatawa-e-Alamgiri, meaning “The Religious Decrees of Alamgir”. It was known as the Fatawa al-Hindiya in the rest of the Muslim world and is well-respected as a compendium of Hanafi law.

Using the Fatawa-e-Alamgiri as a guidebook, Aurangzeb sent officials throughout the empire to enact Islamic law and end socially corrupt practices. As such, alcoholism, gambling, and prostitution were combated by the imperial government. Taxes that were not in line with Islamic law were also abolished, a policy that was very popular with the Mughal Empire’s subjects.

To make up for the loss in tax revenue, Aurangzeb adopted a very simple lifestyle and did not live in a lavish manner as his father had. Royal traditions that he considered extravagant were abolished, such as court musicians and festivities on the emperor’s birthday.

Relations With Hindus and Sikhs
While the accomplishments and religious-mindedness of Aurangzeb’s reign is indisputable there are those historians and academics who insist that the lasting legacy of Aurangzeb is intolerance and oppression. He is commonly cited as a temple-destroyer and someone who attempted to eliminate non-Muslims in his empire. For the truth, some more context is necessary.

With regards to his attitudes towards Hindus and Sikhs in general, he was not prejudiced nor discriminatory. Dozens of Hindus worked in his royal court as officials and advisers. More non-Muslims in fact were part of his court than the court of Akbar, who is commonly cited as the most religiously tolerant Mughal emperor. With Hindus and Sikhs occupying positions in his government and military, clearly Aurangzeb was not simply a religious bigot that refused to acknowledge the contributions of his non-Muslim subjects.

The second issue that comes up in analyses of Aurangzeb’s rule is instances of him destroying Hindu and Sikh temples and refusing to allow new ones to be built. That he ordered such actions is a historical fact that cannot be disputed.

Preservation of temples with Islamic religious justification is a long-running tradition in India. The first Muslim army to come to India in 711 under Muhammad bin Qasim promised religious freedom and security of temples to Hindus and Buddhists. The same policy had been followed for hundreds of years before the Mughals. However, Aurangzeb did not disregard the Islamic laws regarding protection of religious minorities. Aurangzeb himself even noted that Islamically, temple desecration was not permitted when in 1659 he wrote, “According to the Shariah [Islamic law], and the exalted creed, it has been established that ancient temples should not be torn down.”

So if Aurangzeb did not demolish temples for religious reasons, why did he do it? The answer lies in the political nature of temples in the 1600s.

Hindu and Sikh temples were not just places of worship. They also had political significance. Temples acted as political offices and state property, and the priests that were in charge of them were in the employ of the government. When seeking to get the support of Hindus in a particular area, Mughal emperors (and even Hindu kings in non-Mughal areas) would rely on the priests to rally the local population through the temple. As such, a temple was more than just a religious building; it was also a potentially powerful political tool.

With this understanding of temples and their significance, we can move on to understand Aurangzeb’s destruction of certain temples. No historical records show that he had an indiscriminate policy of temple destruction across India. The temples he chose to destroy were carefully selected and a small fraction of the total Hindu houses of worship in India.
This is because when Aurangzeb chose a temple for destruction, it was a politically motivated act, not a religious one.

Seeing the opulence and subsequent financial strain of the Mughals during the reign of Shah Jahan, numerous local governors and priests decided to rebel against Mughal authority during the reign of Aurangzeb. When a rebellion broke out in one part of the empire, the local temple was the natural political entity that rebels could rally against. So long as the rebel leaders and their client temples existed, the threat to the Mughal government existed.

It thus became a policy when fighting rebellions against central authority, that the temple that spawned that rebellion also be destroyed. An example of this was a 1669 rebellion in Banaras led by a political rival, Shivaji, who used the local temple to rally support to his cause. After capturing Shivaji, Aurangzeb destroyed a temple in Banaras that was used as a political recruiting ground against his reign. Another example occurred in 1670 in Mathura when Jats rebelled and killed a local Muslim leader. Again, to end the rebellion Aurangzeb had to destroy the temple that had supported it.

Overall, the policy of desecrating temples was used as a political punishment for disloyal Hindu officials, not as a sign of religious intolerance as some may argue. A further argument that the lack of mosque desecration means he was religiously bigoted also holds no ground, as mosques did not double as political institutions as temples did. While the policy of obliterating a political opponent’s base of operations is one that may have its detractors, the arguments that Aurangzeb’s actions were religiously motivated are clearly baseless. Instead, Aurangzeb was a religiously-minded leader who strove hard to ensure an Islamic character permeated through all his actions as leader. This did not however mean religious intolerance as he followed guidelines for protection of non-Muslims that is mandated by Islamic law.