Is Ramses II the Pharaoh of Moses? 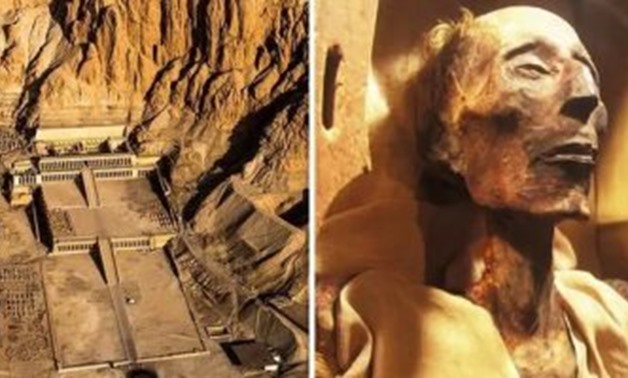 Is Ramses II the Pharaoh of Moses as theorists claim? - Et

CAIRO - 14 May 2020: Ali Gomaa raised a state of controversy after he announced on the program he presents on Egypt’s First Channel that when the tests were carried out on the body of Ramses II, they found that he died by suffocation.

Gomaa also stated that the scientists found seaweed inside his corpse, which indicates that this is the Pharaoh that lived during Moses’ era. Can we really know if the corpse of Ramses II belongs to the Pharaoh of Egypt?

Egyptian archaeologist Zahi Hawass had reviewed this matter during his speech in a seminar held on Dec. 20, 2019.

The first question during the seminar was about the Egyptian project for studying royal mummies. Hawass replied that studies over the past years have been conducted by foreigners, who unfortunately took parts of the different mummies while studying.

“Whoever conducted the X-Ray of Tutankhamun’s mummy stole parts of it, and those who studied the mummy of Ramses II to prove whether or not he was the Pharaoh that lived during Moses’ era stole his hair, but the hair was restored again,” said Hawass.

"We started the project to study royal mummies in 2009, and made huge discoveries regarding the mummy of Queen Hatshepsut (Egyptian Queen of the18th Dynasty), how Ramses II died, and the family of King Tutankhamun. We are now conducting studies on 20 royal mummies,” Hawass answered when asked about the time the project started.

The veteran Egyptian archeologist Hawass also explained that each royal mummy will be displayed with all its personal belongings, and evidence or data about the profession of the owner of the mummy, and the results of DNA tests and CT scans, which determine the cause of death. According to Hawass, Ramses V was sick with smallpox.

From the aforementioned, we can deduce it was evident whether CT scans prove the causes of death? Did Ramses II die of drowning, as theoreticians claim him to be the Pharaoh of Moses?

“It is not possible with CT scans to know whether the mummy died of drowning or not. The only thing that proves this is the lung, which is not found inside the mummy. When they took the mummy of Ramses II in the eighties, to prove that he was the Pharaoh of Moses, one of the researchers stole his hair on the restoration trip in France, putting it in a safe in his house. When the restorer passed away, his son tried to sell the hair,” said Hawass.