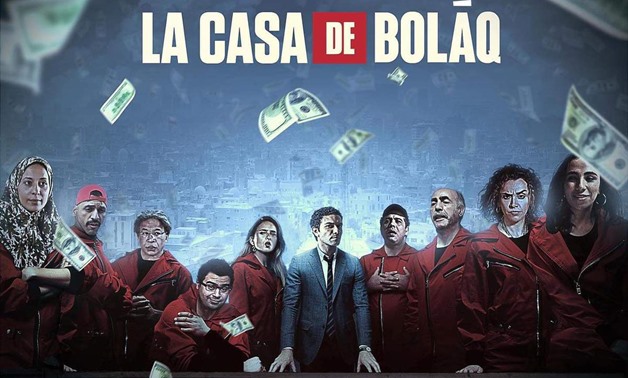 The poster, entitled '' La Casa de Bolaq'', linked the gang of "Be 100 Wesh" to the gang of "La Casa de Papel" and went viral on Facebook. The poster was even admired by the series leading actor Asser Yassin, who shared the poster on his Official Facebook and Instagram accounts. 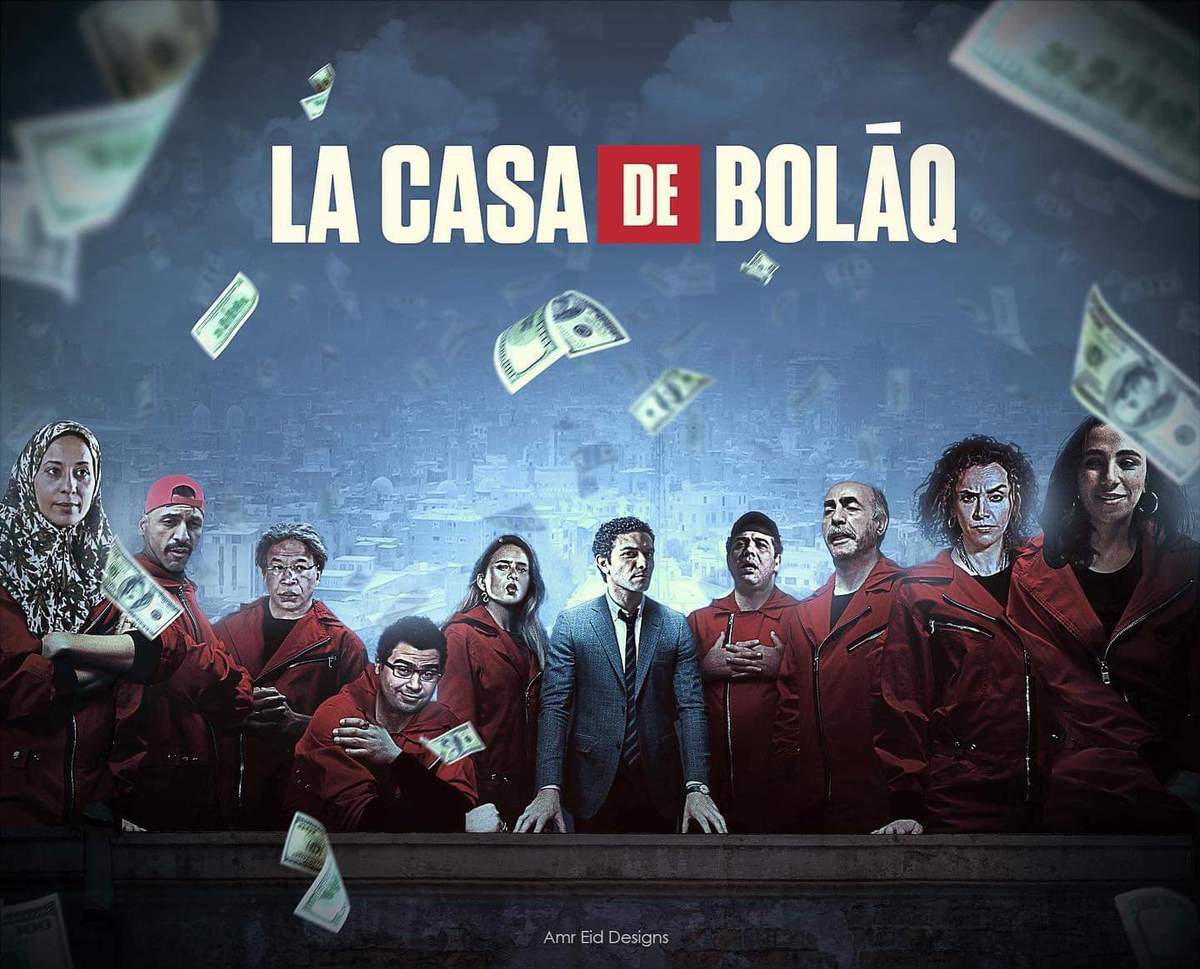 On what inspired Eid to design the poster, he told Egypt Today, "Most of us are fans of 'La Casa de Papel', so when I started watching ‘Be 100 Wesh’ I started to feel the resemblance as it also tackles a criminal team that performs a robbery."

Eid elaborated that in both series each member of the gang has a special role to perform; in both gangs a lot of problems arose and could have ruined the plan.


Eid tried in the poster to make some sort of comparison between the gang of "Be 100 Wesh" and the one in "La Casa de Papel", linking the characters of both series.

"For example the Professor in ‘La Casa de Papel’ was in my poster Omar (Asser Yassin) in ‘Be 100 Wesh’ because he is the calm guy who can come out with creative ideas just like the professor; Sokkar (Nelly Karim) was Raquel because she always obeys the professor's orders and in the future they will definitely fall in love with each other; Maggy (Ola Roushdy) resembles Monica in ‘La Casa de Papel’," Eid recounted.

The Egyptian artist added that he expected that this poster will go viral because the series itself is very popular and people’s feedback on it is so positive. "Also I expected that linking these two successful series will go viral."

Eid added he felt the poster will receive praise since he was working on it, as he felt personal satisfaction but what he didn’t expect is the message Asser Yassin sent him directly after the poster was released, expressing his strong admiration of the poster.

The light comedy series "Be 100 Wesh" is regarded by many as one of the funniest series in Ramadan 2020.

The series incidents focus on two main characters, Sokkar (Nelly Karim) and Omar (Asser Yassin), who are both swindlers but with different styles and motives. Their main target is to be millionaires, and this was clear from the theme song of the series which became very popular.

Sokkar is living in a poor neighbourhood, while Omar lives in a classy one but both decided to partner up in a number of con operations.