ET presents 5 novels that portray the victories of Ramadan 10 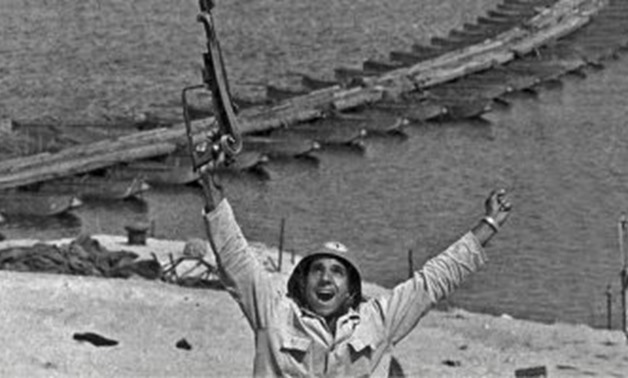 An Egyptian soldier during the 10th of Ramadan victory - ET

CAIRO - 3 May 2020: The Egyptian army, throughout its history, has not known surrender. It is the only Arab army that was able to achieve victory over the Zionist occupation army, writing a victory for all Arabs in the record of the Arab-Israeli conflict.

On October 6 (Ramadan 10), 1973, the Egyptian Army managed to destroy the Bar Lev Line and defeated the myth of “Israel’s invincible army”.

The glorious victory of Ramadan 10, 1973, is still carved in the minds of Egyptians. Writers and war heroes tried to document the epics of the Egyptians in the Arab-Israeli conflict, especially after the 1967 war.

There are many novels and literary works that illustrated those great moments in modern Egyptian history:

“Abnaa’ el-Samt” (Sons of Silence) was first published in 1974. It is one of the most prominent and important accounts of our struggle with the Zionist enemy.

In this novel issued in 1976, Fouad Hegazy talks about his experience in the Israeli prison "Atlit" after his capture in the 1967 setback.

Written by the great writer Yusuf al-Qaid, the novel was published in 1978. "El-Harb fe Bar Masr" is set in an Egyptian village before the 1973 war, where the village mayor refuses to send his youngest son to the army, and in order to not reveal the matter, he sends his guard’s son, who is called “Masry” instead. Eventually, Masry dies in the war.

Published in 1983, and written by Mohammad Hassan Younis, who was a soldier in the Egyptian army at the time, the novel recounts in detail the tragedy of the Egyptian soldiers, who were held prisoners in the Israeli prison of Atlit after the 1967 setback.

Mohammad Younis or captive No. 36715 of the Israeli army in the 1967 war, talks about his experience with captivity, bypassing his testimony about one of the most tragic moments in Egypt’s contemporary history.

This 2008 novel by Samir el-Fil portrays true facts about the 18th battalion during the October war.