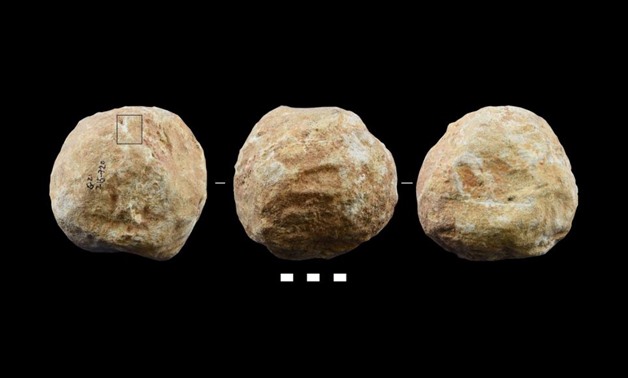 CAIRO - 21 April 2020: Almost 2 million years ago, humans cut stones in the form of balls about the size of a human palm, but archaeologists were not sure why.

A recently published study explains for the first time the function of these enigmatic stone balls made by humans millions of years ago.

The new study found that ancient people used them as a tool to obtain the marrow from inside animal bones. These ancient stone balls are thought to have been used as can-openers, according to what was reported by Live Science.

In addition, archaeologists have said that they have found these mysterious artifacts in some of the world's oldest archaeological sites in Africa, Europe, and Asia, but no one in modern times knew how these ancient round stones were used or what they were used for.

Archaeologists eventually learned of the function of the stones when they found 30 stone balls in the Qesem Cave in Israel, where humans lived in that region 400,000-200,000 years ago.

Moreover, archaeologists explained that among the 30 balls, 29 were made of limestone or dolomite, unlike the hundreds of thousands of stone tools found in the cave that were made of granite.

Archaeologists clarified that by examining the stones they discovered signs of erosion and organic remains indicating that the stones were used by cave dwellers to break animal bones and extract the food marrow.