Rights of the non-Muslim in the Ottoman Empire 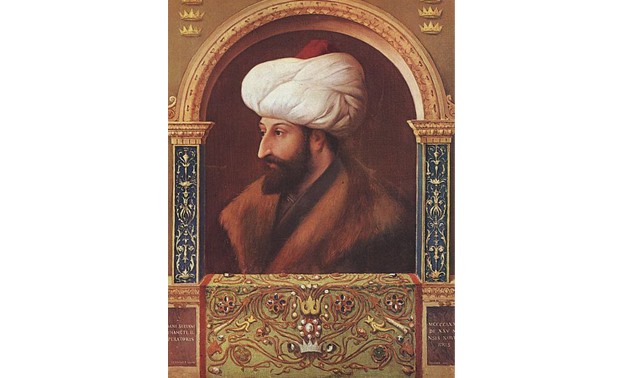 Portrait of Sultan Mehmed II. By: I Haidlen, Courtesy: Creative Commons via wikimedia

CAIRO - 22 June 2017: Much like previous Muslim Empires, the Ottomans showed great toleration and acceptance of non-Muslim communities in their empire. This is based on existing Muslim laws regarding the status of non-Muslims. They are protected, given religious freedoms, and free from persecution, according to the Shariah. One of the first precedents of this was the Treaty of Umar bin al-Khattab, in which he guaranteed the Christians of Jerusalem total religious freedom and safety.

The first instance of the Ottomans having to rule a large number of Christians was after the conquest of Constantinople by Sultan Mehmed II in 1453. Constantinople had historically been the center of the Orthodox Christian world, and still had a large Christian population. As the empire grew into Europe, more and more non-Muslims came under Ottoman authority. For example, in the 1530s, over 80 percent of the population in Ottoman Europe was not Muslim. In order to deal with these new Ottoman subjects, Mehmed instituted a new system, later called the millet system.

Under this system, each religious group was organized into a millet. Millet comes from the Arabic word for “nation”, indicating that the Ottomans considered themselves the protectors of multiple nations. Each religious group was considered its own millet, with multiple millets existing in the empire. For example, all Orthodox Christians in the Ottoman Empire were considered as constituting a millet, while all Jews constituted another millet.

Each millet was allowed to elect its own religious figure to lead them. In the case of the Orthodox Church (the biggest Church in the Ottoman Empire), the Orthodox Patriarch (the Archbishop of Constantinople) was the elected leader of the millet. The leaders of the millets were allowed to enforce their own religion’s rules on their people. Islamic law (Shariah) had no jurisdiction over non-Muslims in the Ottoman Empire.

In addition to religious law, millets were given freedom to use their own language, develop their own institutions (churches, schools, etc), and collect taxes. The Ottoman sultan only exercised control over the millets through their leaders. The millet leaders ultimately reported to the sultan, and if there was a problem with a millet, the sultan would consult that millet leader. Theoretically, the Muslim population of the Ottoman Empire also constituted a millet, with the Ottoman sultan as the millet leader.

The Ottoman Empire lasted from 1300 to 1922. Throughout most of this history, the millet system provided a system of religious harmony and belonging throughout the empire. As the empire expanded, more millets were organized. Separate millets existed for Armenian, Catholic, and Orthodox Christians, for example, with each sect being divided further into more specific.

The millet system did not last until the end of the Ottoman Empire. As the empire weakened in the 1700s and 1800s, European intervention in the empire expanded. When the liberal Tanzimat were passed in the 1800s, the millet system was abolished, in favor of a more European-style secularist government.

The Ottomans were forced to guarantee vague “rights” to religious minorities, which in fact limited their freedoms. Instead of being allowed to rule themselves according to their own rules, all religious groups were forced to follow the same set of secular laws. This actually ended up causing more religious tension in the empire, which was one of the causes of the genocide of the Armenians during World War One in the Ottoman Empire’s dying days.

The millet system was a unique and creative solution to running a multi-ethnic and multi-religious empire. The rights and freedoms it gave to religious minorities were far ahead of their time. While Europe struggled with religious persecution into the 1900s, the Ottomans created a harmonious and stable religious pluralistic system that guaranteed religious freedom for hundreds of years.