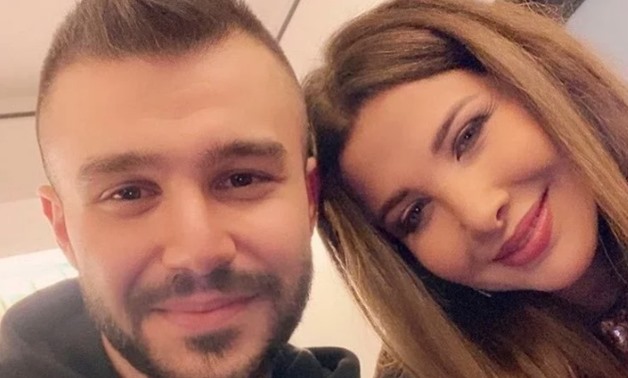 Bitar further stated that the committee is in the process of finalizing its report for submission to the Lebanese judiciary.

Bitar previously announced that a request to re-enact the crime had been submitted by Fadi el-Hachem (Ajram’s Husband) in the latter’s villa where the crime took place.

She confirmed that she had appealed all the procedures that were taken in the case file before the file reached the investigating judge under the charge of prosecuting them before the court.

“We submitted to Judge Mansour a request to re-enact the crime by Fadi Al-Hashem, in Nancy Ajram's villa, where the crime scene is.” stated Bitar.

Ajram caused controversy on Feb. 19 after uploading pictures of herself and her husband celebrating the birthday of her close friend Elie Abu Najm, who is considered as her manager and a family friend.

Abu Najm was previously thought of being the deceased robber Mohamed el-Mousa, due to the high resemblance they share.

“We don't make a good friend everyday, and you are certainly a friend and companion” commented Ajram on the videos of the birthday she uploaded on social media.

Many social media users considered Ajram’s uploading of the pictures and birthday videos as an indirect answer to the rumors that previously spread stating that Najm is the deceased alleged robber.