CAIRO - 4 February 2020: Minister of Culture Inas Abdel Dayem has announced the selection of Greece as the honorary guest of the 52nd Cairo International Book Fair of 2021.

This came during the press conference held at the end of the 51st edition of Cairo International Book Fair at the Egypt Center for International Exhibitions and Conferences in the Fifth Assembly District, to announce the guest of honor of the book fair's 52nd edition.

Abdel Dayem emphasized the distinguished participation of Senegal as the honorary guest of the 51st Book Fair, which came to celebrate the choice of Egypt as president of the African Union, noting that the number of visitors to the 51st edition exceeded 3 million people.

For his part, Ambassador of Greece Nicholas Garrides thanked Egypt for naming his country the guest of honor of the next edition of the book fair, stressing that this important cultural event is a good opportunity to exchange cultural ideas between different countries.

On Wednesday, January 22, 2020, the 51st edition of the Cairo International Book Fair 2020 kicked off. Senegal was the guest of honor for the exhibition, and thinker Gamal Hemdan was chosen as the main personality of the 51st edition. 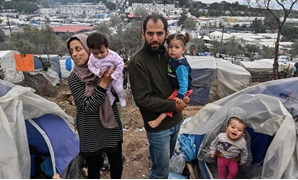