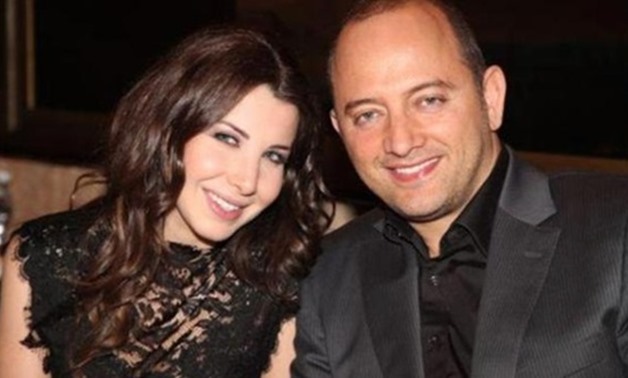 By: Mustafa Marie
CAIRO - 27 January 2020: For the second time, Fadi el-Hachem, the husband of the Lebanese star Nancy Ajram, chose to respond indirectly, using a saying on his Instagram account.

Hachem commented on his official Instagram account to respond to what is being raised about the issue of his house storming, and the many developments that have followed so far, especially after being officially charged with first degree murder by the Lebanese top prosecutor.

“I Love listening to lies when I know the truth,'' commented Hachem on his official Instagram account, to confirm that the truth behind killing Mohammed al-Musa falls within defending himself and his family.

Judicial sources revealed to the Lebanese channel LBC new information in the case of the notorious villa slain, denying what is being circulated about phone calls taking place between Hachem and the deceased on his clinic’s phone line.

The sources affirmed that it was evident from the investigation that Mohammed al-Mousa, who stormed into Agram’s villa for robbery, was tracking Hachem for some time prior to the incident, calling the clinic more than once, which is the number readily available online for anyone seeking information.

It was found that the aggressor did not contact Hachem personally at all, and that he visited the vicinity of the clinic once at the beginning of 2019.

Investigations also revealed that Mousa visited the area where Hachem and his family live once in December 2019, to search for the house and explore the area prior to the storming.

On the other hand, Rehab Bitar, the lawyer of Mousa’s mother, commented on her official Facebook account that information indicates that Mousa had contacted Hachem’s clinic about three times before the incident, without revealing the contents of the conversations. The lawyer noted that there was a call that lasted for a duration of 4 minutes and 32 seconds and revealed that the judge rejected Hachem's request to lift the travel ban off of him.

Bitar further announced that the investigations on the case are ongoing, and that dealing with the fatal incident has become more serious, referring that Head of the Syndicate of Lebanese Lawyers Melhem Khalaf demanded all lawyers dealing with the case to keep information confidential. This is also what Hachem’s attorney adheres to.

Hachem was interrogated for 3 hours and then was released. Another court hearing is set for March 10, 2020, where a number of workers in Hachem’s residence will be requested for testimonies.