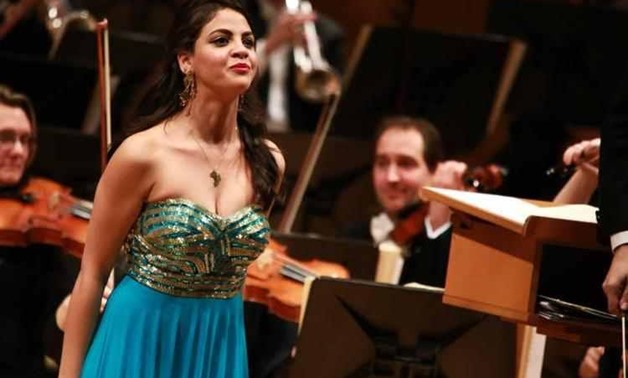 Warner Classics is the home of iconic recordings , cooperating with great international stars such as the late opera icon Maria Callas, Jacqueline du Pré, Karajan and other legends.


Said wrote on her Facebook account that she felt “lucky and blessed” to have a supportive team working with her on her album.

“Welcome to the Warner Classics family, @FatmaSaid! The Egyptian soprano, who in 2016 was named a BBC New Generation Artist, studied at the Hanns Eisler School of Music and Accademia del Teatro alla Scala. Her debut album will release later this year” Warner Classics announced on its official Twitter acount.

At the age of 14 Said enrolled at the vocal studio of Neveen Allouba.

After finishing her high school in Egypt, Said traveled to Germany to study music and joined Hanns Eisler School of Music in Berlin, where she studied under Renate Faltin.

In 2011, Said won the second award at the 16th International Schuman Lied Contest, as well as the Grand Award at the Giulio Peroti International Opera Contest. In 2012, she won both first prize and the audience prize at the 7th Leyla Gencer Voice Competition that took place in Istanbul, Turkey.

After Said applied for a scholarship at the La Scala Academy in Milan. After four rounds of screenings, the academy chose Said from thousands of applicants, among a group of 11 young talents.

She was the first Egyptian singer to be accepted to La Scala Academy , and went on to perform there in Mozart's Magic Flute.

Said was also one of six musicians selected by BBC Radio 3 to take part in its New Generation Artist Scheme from 2016 to 2018.