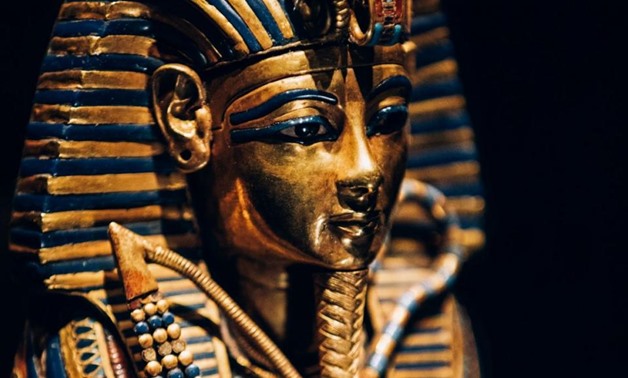 By: Mustafa Marie
CAIRO - 25 December 2019: On Dec. 28 the Grand Egyptian Museum will host a celebration of the Guinness Book of Records to set a new record in the name of Egypt for drawing a picture of King Tutankhamun's mask with coffee cups.

The celebration takes place in the external lobby of the Grand Egyptian Museum in front of the glass pyramid, with the participation of numerous stakeholders and local and international media outlets.

The Grand Egyptian Museum is considered the largest museum in the world dedicated to one civilization; the ancient Egyptian civilization. It includes antiquities from prehistoric times to the Greek era. It is scheduled to officially launch at the end of 2020.

For the first time in history and in one place, the personal belongings of King Tutankhamun will be exhibited in two halls of the museum covering an area of 7200 square meters.

Tutankhamun’s belongings that will be exhibited in the museum exceeds 5,000 pieces, in addition to displaying the outer sarcophagus of the golden king.

The outer sarcophagus remained in his grave since its discovery in 1922, until it was transferred to the Grand Egyptian Museum in 2019, to be displayed for the first time with Tut’s other three sarcophaguses in one place.

Two of the sarcophaguses were displayed in the Egyptian Museum in Tahrir, while the third was exhibited in his cemetery in the Western mainland in Luxor.