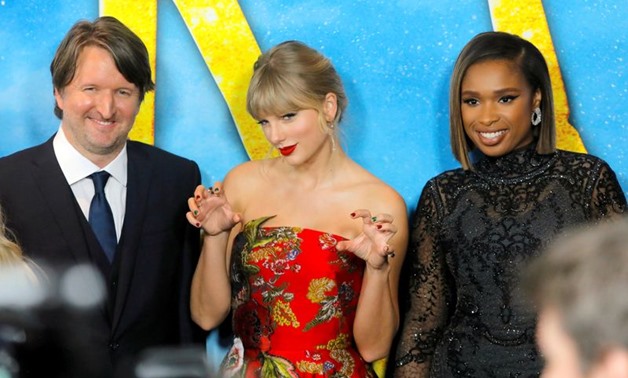 By: Reuters
LONDON - 20 December 2019: A film adaptation of hit stage musical “Cats” hits cinemas this week but critics have not exactly been purring with delight.

From “cat-tastrophic” to “the worst thing to happen to cats since dogs”, most reviews have been far from kind, with disapproval ranging over the star-studded cast’s computer-generated furry looks, oversized sets and plot.

As of Thursday, 18% of 97 reviews collected on the Rotten Tomatoes website were positive.

Adapted from composer Andrew Lloyd Webber’s musical and directed by Oscar winner Tom Hooper, the movie shows the actors’ faces while their bodies appear to be covered in fur.

“The real issue is the distracting and disturbing ‘digital fur technology’,” Tara Brady wrote for The Irish Times. “Every time Cats settles into an admittedly avant-garde shape, an ear twitches or a tail flicks and you’re back thinking about how ghastly the actual cats look.”

“From the first shot ... to the last, ‘Cats’ hurts the eyes and, yes, the ears, as nearly all the musical numbers ... have been twisted into campy, awards-grubbing cameos for big-name stars in bad-CG cat drag.”

“In addition to the generally off-putting appearance of the cats, the proportions are all wrong with respect to their surrounding environment,” he said. “Sometimes they go from appearing minuscule to giant-size within the same scene.”

Based on the poems by T.S. Eliot, “Cats” follows the Jellicles group of felines, who annually decide who will ascend to the Heaviside Layer. The musical opened in London in 1981, becoming one of the longest-running shows in the West End and Broadway.

Hooper, known for “The King’s Speech” and “Les Miserables”, said he worked on the characters’ feline designs after initial reaction to the trailer. At Monday’s premiere, he told Variety he had completed the movie only the previous day.

“I finished it at 8 a.m. yesterday after 36 hours in a row. I just put the finishing touches on. So, I’m very happy to be here with it fully finished,” Variety quoted Hooper saying.

“The strength of this version is in its actors, and they are all perfectly chosen and deliver on all four paws,” Hammond wrote.