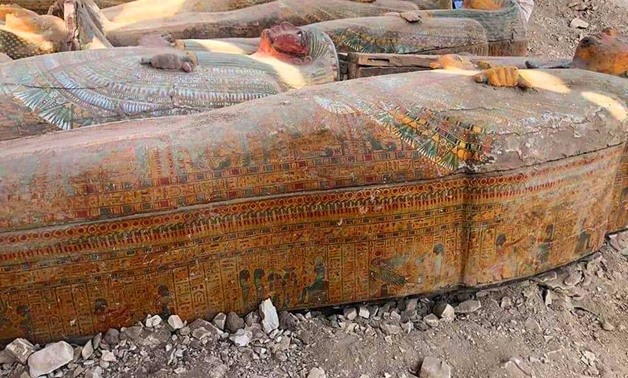 CAIRO - 24 November 2019: The Ministry of Antiquities conducted scientific studies on three mummies discovered in the cache of El-Assassif in an attempt to unfold their secrets.

The preliminary results of the CT scan performed on the mummies of a man, a woman and a child indicated that they are all preserved in a great way and are in good condition. The mummies of both the adults did not contain any precious findings, unlike the mummy of the child that contained two golden pieces.

These studies will also be conducted on the rest of the mummies discovered in El-Assassif cache. The second phase of the studies will include DNA tests for each mummy, as to see if there is any relation between them. 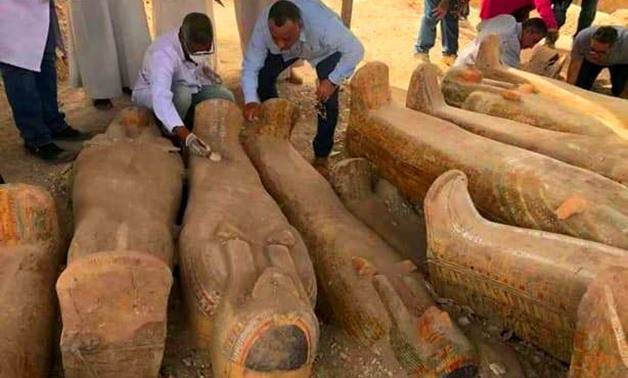 Some of the dazzling tombs discoered in El-Assasif Cache
Sources at the Ministry of Antiquities confirmed to the press that the number of sarcophaguses discovered in the cemetery of El-Assasif, west of Luxor, reached on Oct. 16, 29 colored coffins belonging to senior statesmen and middle class individuals in the 18th, 25th and 26th ancient Egyptian dynasties.

On Oct. 15, officials at the Ministry of Antiquities conducted a full inspection of the coffins and the cache found arranged and stockpiled on top of each other in a very distinctive state of preservation.

Professional restorers and archaeologists began to open the coffins one by one to find out their contents which turned out to be human remains belonging to a number of individuals from the ancient Pharaonic dynasties. Those coffins were prepared for burial in the tombs of the middle class families in the cemetery of El-Assasif.