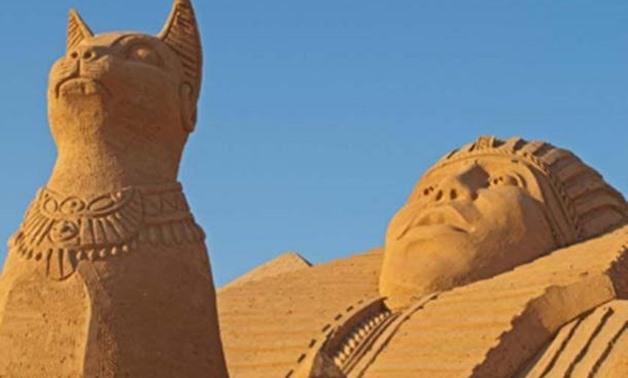 CAIRO - 13 November 2019: Sources at the Ministry of Antiquities revealed that the cemetery to be announced in the Saqqara archaeological area, on November 23, contains a number of large and symbolic coffins, as well as a number of animals.

The sources at the Ministry of Antiquities further clarified that the cemetery also contains a large number of wooden boxes and carved, closed coffins that have never been opened. The sources at the ministry described the tomb as a room that has no visible inscriptions on its walls. Among the discoveries is a huge “strange” animal, perhaps a huge cat, a lion or a lioness. The sources further explained that more details regarding the animal will be revealed once it has been examined.

This is the official statements made by the Egyptian Minister of Antiquities to the British “Daily Express”: “We will announce details of the discovery of a mummy of a strange animal that appears to be a big cat, perhaps a lion or a lioness. Details will be revealed after the use of computed tomography and DNA testing to study the animal's mummy. The discovery will be officially announced in a few weeks.”

According to the British newspaper’s report, the ancient Egyptians are known to have great interest in cats, often imposing sanctions on those who harmed cats or killed them. Some ancient Egyptians worshipped a half-cat-half-woman goddess named “Bastet”.

The Ministry of Antiquities recently announced that it reveals on a monthly basis a new archaeological discovery and that about 300 Egyptian and 250 foreign missions are currently operating in Egypt.