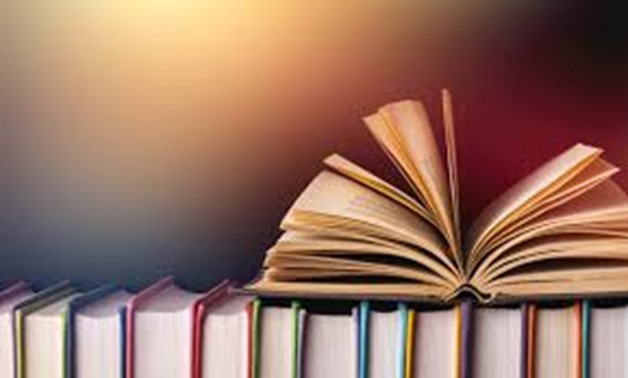 CAIRO - 7 November 2019: Despite being “over connected” with all sorts of electronic devices and social media platforms that relay news and information at the tip of a fingertip, nothing alternates reading a good ole book.

Many people still love to read a good book, sometimes as a getaway from life and its worries, and other times as a way to fulfill their imagination and day-dreaming minds. Other people simply do not learn anything unless they read it through a book, and not an electronic device.

No matter what your reason may be for preferring books over any other means of reading, ET shed light on the top 5 most read books in Egypt for the year 2019.

In this novel, Omar Taher discovers the pleasure of using food and odors to write the life story of an ordinary man. Adolescence, love, alienation, loneliness, marriage, friends, failure and success, there is always “a taste and smell” as the novel’s protagonist claims.

The novel was initially published on December 26th, 2018.

This novel is written by George Orwell and Russell Baker

It revolves around a farm that has been taken over by its overworked, mistreated animals. The book conveys blazing idealism and inspirational slogans. The animals aim to create a paradise of progress, justice, and equality. The fairy tale illustrates that evolving from a revolution against tyranny to totalitarianism is just as horrible.

Stalinist Russia was seen as its target, when “Animal Farm” was first published. However, it is undoubtedly clear that wherever and whenever freedom is attacked, under whatever slogan, the clarity and comical manner of George Orwell’s masterpiece have a meaning and message still fiercely as fresh as it can get.

The “Granada Trilogy” is a novel trilogy by the Egyptian writer Radwa Ashour.

The events take place in the Kingdom of Granada after the fall of all Islamic kingdoms in Andalusia. The Trilogy begins in 1491, the year in which Granada fell by declaring a treaty whereby the last king of Granada abdicated to King of Castile and Aragon.

The trilogy ends with the violation of the last living of its heroes (Ali) to the decision to deport Muslims, when he discovers that death is to leave Andalusia and not to stay.

This book is written by Mohamed Taha. According to the author, “change” is the greatest challenge a human could face during their lifetime. While changing, a person can be faced with two obstacles:

First: You will be similar to a new born baby, who is facing society all over again. As the person takes on society, he/she will carry their fears equally, as they will carry their opportunities. The person will be rediscovering him/herself and people again. Walking in different paths of life.

Second: With change, comes a price. Sometimes the price is unbearable.

This book is about change. How a person can change and what are the obstacles that person may face, that is in addition to how to overcome the obstacles and start a fresh new life, abandoning the past’s decisions and making new future decisions.

Another great book written by Mohamed Taha is “Elaqat Khatra”. The book conveys that sometimes the most difficult thing in our lives is human relations. It may not only be a difficult aspect of our lives; it could be toxic and dangerous. Human relationships could be a source of happiness, hope and pride. However, it could also be a source of misery, sadness and hurt.

In this book, the author shed light on the different types of relationships among humans, how to tackle social problems and how to deal with hardships caused by numerous relationships. The book also focuses on how to cherish a great relationship.

The author uses several social studies conducted by Harvard University to back up his claims.