By: Egypt Today staff
CAIRO – 14 June 2017: The Royal Film Commission (RFC) in Jordan launched a new project under the name ‘Cinema for All’ in rehabilitation and detention centers across the country to provide social entertainment for inmates in preparation for reintegration into society, an RFC statement announced on May 29.

The project, launched in cooperation with the Jordanian Public Security Department, will present a number of Jordanian films consistent with the criteria of cultural activities in detention facilities, enabling inmates to retain a link with life outside of prison.

So far, the RFC has organized seven film screenings within the framework of the project in a number of governorates in Jordan.

“The first phase of the project included the Juweida Correctional and Rehabilitation Center for Women and other centers in Marka, Umm Al-Lulu, Al-Muwaqqar 1, Karak, Maan and Tafilah,” the Jordan Times newspaper reported.

“The screenings were very well received by the detainees and the management of the centers,” the statement reported, adding that inmates interacted with the films in a positive way and expressed their appreciation for the events which were the first of their kind organized in the correctional institutions.

The RFC uses the medium of film in its cultural events in order to maximize its reach across Jordanian society, working in partnership with different national institutions.

Jordanian rehabilitation and correction centers are operated by the Public Security Department prison service, which reports to the Ministry of Interior. The centers “provide cultural, social, health, sports services and programs designed to rehabilitate inmates and improve behavior,” according to the official departmental website. 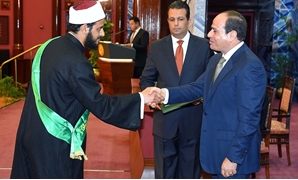