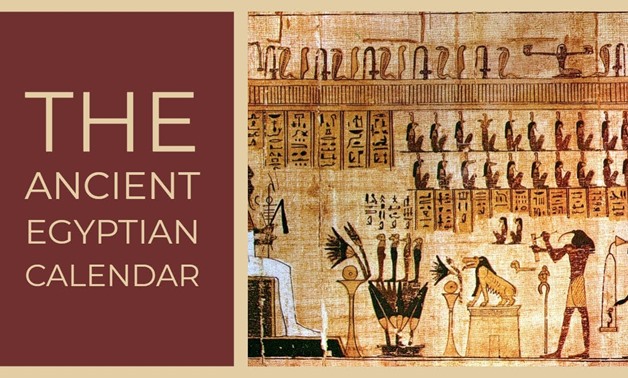 CAIRO - 11 September 2019: Today marks the Egyptian year 6261, the beginning of the first Egyptian and international calendar in human history.

A solar calendar developed by the ancient Egyptians to divide the year into 13 months. It depends on the sun cycle. The Egyptian calendar is one of the first calendars known to mankind.

The ancient Egyptians then discovered the lunar year and divided it for seasons, months, days and hours. They were able to distinguish between a simple year and a leap, an astronomical miracle at the time.

The calendar was calculated based on the sun cycle, and is one of the first calendars known to mankind and the most accurate in terms of climate conditions and agriculture during the year, where the Egyptian farmer has been relying on it to determine the seasons of agriculture and crop yielding for thousands of years.

The Egyptian calendar contributed to the development of different calendars of ancient civilizations, whether they were solar or lunar. Although thousands of years have passed since the beginning of the ancient Egyptian calendar, which relied on the Nile flood in determining the beginning of the year, it is also the current calendar that regulates agriculture in Egypt in modern times.

The researchers believe that the Egyptian calendar was founded by the ancient Egyptians and the calculations are conducted according to the rotation of the sun, dividing the year into thirteen months.

Despite the series of changes that have affected it later, it is the most accurate calendar so far because of the weather conditions as well as the different seasons of agriculture.

According to the Egyptian researcher Joseph Mamdouh Tawfik, the ancient Egyptian calendar is highly accurate and was a miracle of its time. However, it is not exactly in line with the current Gregorian calendar used around the world.