Amun the King of gods - ask-aladdin.

By: Mustafa Marie
CAIRO - 8 September 2019: Secretary General of the Supreme Council of Antiquities
Mostafa Waziri attended the opening of the tombs of the fourth priest of Amun and the table writer from the 19th and 20th dynasties. The cost of renovating the tombs reached LE 16 million, according to Waziri.

In the opening, Waziristated that the American Research Center has been cooperating in the implementation of many joint works since 2006, including reducing the level of groundwater in more than one place. Waziri further revealed that restoring the tombs of the fourth priest of Amun and the table-writer took place from 2015-2017. He explained that during the two years, nearly 300 Egyptian restorers were trained by the American Research Center.

In addition, Waziri clarified that both tombs have been documented using drawings and photography, identifying the damaged parts, followed by initial restoration. Mechanical cleaning and chemical recycling of soot and bird droppings were also carried out. The final strengthening was then followed by the process of assembling the missing parts of the cemetery. 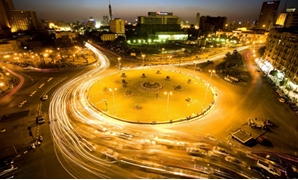 Exclusive picture from inside newly discovered tomb in Luxor