Prince Youssef Kamal Palace to be inaugurated end of Sept. 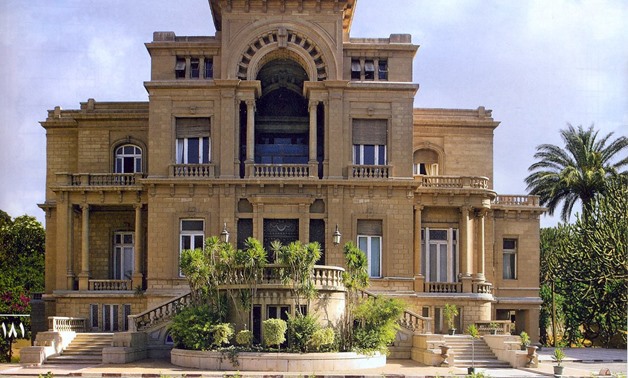 CAIRO - 6 September 2019: The Egyptian Ministry of Antiquities is preparing to inaugurate the palace of Prince Youssef Kamal in the city of Nagaa Hammadi in Qena Governorate (650 km south of Cairo) by the end of September.

The Ministry of Antiquities aims to transform the palace into a distinctive tourist attraction that reflects an important era in the history of Egyptian architecture and arts, highlighting the palace's masterpieces and rare collectibles.

Restoration works of the palace cost about LE 10 million and included structural consolidation of all walls, modernization of alarm systems and surveillance cameras, and the restoration of the Selamlik, Sabil, dining hall and kitchen, according to Abdel Hamid el-Hagan, governor of Qena.

“The palace of Prince Youssef Kamal is one of the most important palaces in Egypt in general, and in southern Egypt in particular, because of its wonderful location on the Nile River and its unique architectural style,” said Mohamed Hassan, director general of the Islamic Antiquities Sector in Qena.

The palace of Prince Youssef Kamalwas established in 1908, under the supervision of architect Antonio Lashiak. Lashiak is one of the most famous architects who came to Egypt at the end of the 19th century and the beginning of the 20th century.

The palace was registered as an Islamic monument in 1988 and consists of nine unique architectural units, initially built on an area of 10 acres. However, it has shrunk over the years as parts of the palace have been used as government buildings.

The palace has four ceramic façades, the main north-east facade overlooking the Nile is preceded by a double marble staircase leading to a front porch. The northwestern façade is punctuated by a series of marble balconies.

The building consists of two floors and a basement. One of the most beautiful findings in the palace is a wooden elevators made by the prince for his mother who was suffering from cardiac diseases.

Prince Youssef Kamal, founder of the School of Fine Arts in 1905 and the Society of Fine Arts Lovers in 1924, built three palaces in Cairo, Alexandria and Nagaa Hammadi blending the European style with Eastern architecture.

The price contributed in the development of a large number of villages in Upper Egypt, and introduced some modern agricultural techniques in Nagaa Hammadi. After the July 1952 revolution, the prince left Egypt and stayed in Europe until he died in the city of Astrobel, Austria in 1969.

It is noteworthy that the Egyptian Ministry of Antiquities has recently received one of the palace buildings for restoration after it has been rented by a citizen for LE 1 since the sixties of the last century.

The Agrarian Reform Building also handed over 500 masterpieces that were in its premises after the restoration began.

The city of Nag Hammadi, which hosts the palace, is one of the most famous and largest cities of Qena Governorate and southern Egypt, due to the existence of a large complex for the manufacture of aluminum and a sugar factory, as well as the 100-year-old El Qanater el Khayreya.